Regardless of where or when you like to play your go-to games at your favourite online casinos, we wonder whether you have a regular playlist of songs that keep you focussed, or in a fun playful mood? Is there a song that lifts your spirits when your luck seems to be on someone else’s side? Or perhaps you have a song that gets turned up on full blast when you win the jackpot? For those who have a list, it might be fun to see whether some of our favourites are already getting a good workout. And, for those of you who don’t maybe you could use the below as inspiration. Who knows, they might just bring you some luck, or at least put you in a great mood. We can’t be held responsible if you can’t get the catchy tunes out of your head though!

As we say goodbye to 2019 and head into the new year, we thought it might be a good opportunity to start a 2020 Playlist for you to have fun listening to or add some songs to your own list to start the new year. We find music helps us unwind, get excited, keep us motivated and have fun whilst playing. Hopefully, you find the compilation below does the same for you!

Did you know that certain music can influence the way we gamble? Well, it can and this is due to the fact that both music and online gambling are normally done together! We thought we’d start this playlist by including the most popular song of 2019 by Lil Nas X called “Old Town Road” featuring Billy Ray Cyrus. This hit spent 19 consecutive weeks at #1 in the US and 10 weeks in the UK’s Top 3. The perfect tune to get you in a fun mood particularly if you’re playing any cowboy themed slots since the film clip shows the two having a few funny cowboy shenanigans.

What sort of playlist would this be without “Viva Las Vegas” by the king of rock ‘n’ roll, Elvis Presley? This song is definitely going to put you in the mood to roll the dice and have some fun. The lyrics alone will be enough to set your soul on fire as you imagine winning a fortune in the bright light city!

3. Motorhead - The Ace of Spades

“You win some, lose some”, “The pleasure is to play” and “The only card I need is the Ace of Spades” are all great lyrics from this popular Motorhead Song dubbed “The Ace of Spades”. This is the third song on the list that’s 100% going to get you in the mood for playing and maybe even winning a few combinations. Ian Fraser “Lemmy” Kilmister was inspired by some of the pubs in London where he used to play slot machines. We love the lyrics and find it fun to listen to so you might too! 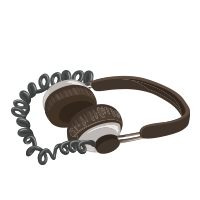 The fourth song on this fun gambling playlist is going to put a spring in your step that’s for sure. “Poker face was her name, poker face was her nature” and “She gave me the queen, she gave me the king, she was wheelin’ and dealin’... just a few of the lyrics which are going to have you jumping all over the place next time you start spinning the reels. You can’t miss this one.

Sung by legendary American country and blues singer, songwriter, musician, actor and author, Johnny Cash as well as the country singer Kenny Rogers, the song “The Gambler” is littered with gambling advice that you could even take and use today. Released in 1978 on the album Gone Girl, this country song goes a little something like… “You got to know when to hold ‘em; know when to fold ‘em”, know when to walk away, and know when to run.”

Number 6 on our list is by Californian folk singer and songwriter, Tom Waits, with “On The Nickel”. Waits’ makes reference to “a place where a royal flush can never beat a pair” and refers to 5th street in Los Angeles which is known as home to the oppressed back in the day. Cleverly, Waits reminds us that most games are going to have winners and losers, in both games but also in real life.

What sort of a playlist would this be if we didn’t have a Rolling Stones track? Written by rock legends, Mick Jagger and Keith Richards, “Tumbling Dice” is a song about a gambler who isn’t faithful to any partner. It was a track released in the 70s and has a fun blued rhythm to it. It’s a super fun, all-time great hit.

8. The Animals - The House of the Rising Sun

One of the most popular songs of our time, “The House of the Rising Sun” by The Animals is number 8 on our list. With these famous lyrics “My mother, she was a tailor, sewed these new blue jeans, my father was a gamblin' man way down in New Orleans” the song will have you grooving around in your seat. Still a big hit today with 354,039,491 plays on Spotify as of 31 December 2019. It was a major hit when it was released back in 1964 and a top ten song on mainstream rock radio stations in the USA and Canada. Fun fact: the song appeared on the video game, Guitar Hero Live. 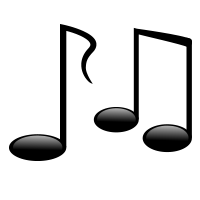 This fun synth-pop, disco-punk song by Maddona called “Gambler” has a double meaning as she refers to a life filled with adventure and risk just like when you gamble. It’s a fun track that will really get you in the mood.

What would a top 10 list be without Lady Gaga’s “Poker Face” from her debut album “The Fame”? Sure, this is a song more about romance and keeping a poker face so you can’t read emotions with the chorus “You can’t read my poker face!” but it’s a catchy phrase that reminds us of winning at a poker table. This song reached the top of the charts all over the world including here in Canada.

It’s hard only picking 10 great gambling tracks as there are so many more you could choose from. Think of Frank Sinatra’s “Luck be a Lady Tonight” and “Desperado” by the Eagles. But there you have it our top 10 ready and waiting for you to listen to next time you play your favourite online game.