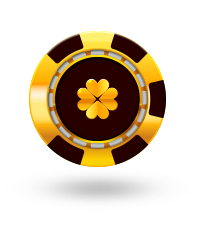 As soon as the results were in, the news headlines were abuzz with the 2019 SIGA poker champion name, John Hashem. The 2019 poker championship was just as intense as the 2018 tournament, where Daniel Lefebvre took the win. John Hashem had to beat down 346 participants in order to walk away with the first-place cash prize of $45,769.

The heat started on the first day of the tournament where there were a total of 200 entries which made record highlights. Of this, only 57 managed to accumulate chips at the SIGA Poker Championships, with only 97 players returning on the Sunday. The highlight to turn heads was the combined cash pool prize of $263,800.

About the SIGA Poker Championship

The Poker Championship is an annual 3-day event held over the month of October. SIGA is one of the most critically acclaimed events in Canada. Canadians from all around the country gather in Saskatoon for the Saskatchewan Indian Gaming Authority (SIGA) Poker Championship.

One of the biggest events took place on the second day where only 80 players remained standing. Just as spectators thought that Angus McLeod would take the win, however the surprised the masses by losing to an Ace and a 5.
Another welcome sight was the appearance of two former SIGA champions, Trevor Norlander from the 2017 championship and last year 2018 champion Daniel Lefebvre. Unfortunately, neither would make it into the top 10 players of the 2019 SIGA Poker Championship. Lefebvre made it into the 23rd round, which drew admirers from the crowds, but after a sore loss the professional poker player only managed to walk away with $2, 638.

Some of the most notorious poker players were also in attendance and includes names: 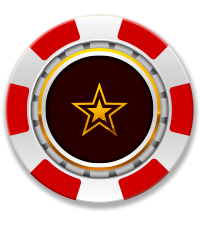 While there may have been more familiar faces noticeable to avid fans, the above mentioned proved to grant onlookers with some intense moments, proving that SIGA is one of the most entertaining poker events in Canada.

While John Hashem came in ranking as the best out of the championship, there were a number of names to have surprised this year at the poker event. Coming in second was Lyndon Knutson who took US$23, 262 and ranking as the third winner was Warren McCullum who claimed his US$15, 540.

SIGA players have been known to walk away empty-handed but proudly representing the event, however, the top 9 players walked away with a few thousand or even hundreds in their pockets, making for a memorable event in 2019.

Naturally, it’s the finals that make up for the most intense highlights of the SIGA Poker Championship and 2019 was no different. The first player to bow to defeat was Bin Xu who lost to Hashem’s kings. Following the rather speedy exit of Xu was Todd Derdall who lost to Warren McCallum’s kings and this was followed by Dallas Larson and Jason Topp. The audience was alight with victory following the progress of John Hashem, who began to win the favour of the crowd playing a beautifully executed hand at poker time and time again.

Eventually the table was down to 4 players leaving Prince Albert, Regina, Josh Hopkins and Warren McCallum. The event took an immediate silenced approach to the round at hand and fans too delighted in the suspenseful moment. It was when Warren McCallum left that the intensified situation was amplified and bets were on Lydon Knutson and Hashem, which is an obvious turn of events, left Hashem the winner of the championship.

Needless to say, when the event eventually did come to a close, many rated the championship as one of the most intense of its kind while others had hoped for a different outcome. Either way, the SIGA 2019 Poker Championship was one for the books.