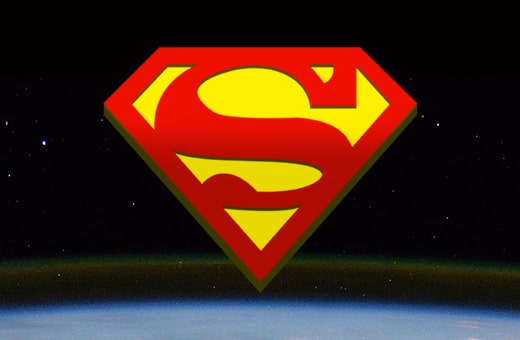 Whether you like to think of yourself as a bit of a superhero buff, having seen every single Avengers or Batman sequel there is, or you just like the feeling of getting lost in this thrilling fantasy world, then we think you might enjoy our latest read! Between Marvel and DC, they’ve well and truly got all your superhero needs covered. From Marvel’s (generally speaking) more realistic characters to DC’s love of super-beings such as Superman and Wonder Woman. Sound up your street? Stay tuned as we take you through the best of the best from both comic houses to uncover 5 of the ultimate superhero slots available to play at online casinos that we know you’re going to enjoy.

Think back to the year 2000 when all anyone would talk about was when the next Dark Night movie was about to launch. Christopher Nolan launched his DC movie trilogy Dark Knight series and due to its incredible popularity, a number of slot variants started popping up however one game in particular by Microgaming dubbed, The Dark Knight Rises slot, launched onto the market and still holds up as one of the best Superhero slots around today. With 243-ways-to-win, several bonus games, Free Spin Accumulator and Split Wilds this is one powerful video slot.

This slot packs a punch bringing you a number of opportunities to win big! Not only does it have a Flight Mode feature, this is where Bane and Batman fight so that you can gain Multipliers and Free Spins, but in the Free Spin round you actually get to choose the character you want to play. The question we’re all wanting to know is are you in the mood for being the villain or the superhero? Will picking one over the other change your Canadian luck? Well, say you’re in the mood for evil and chose to play Bane, all wins will trigger a Rolling Reels feature. This is a feature where all of the winning symbols blow up and but don’t worry new symbols soon reveal themselves. Or maybe you feel more like saving the world today so you decide to go with Batman, well, in this case, you will be able to enjoy the Extra Wild Blast feature with Heat Seeking Wilds.

Superman has to be one of the most iconic and beloved superheroes of all time! Clark Kent has been gracing our screens for many years with countless movies and TV series to feed our obsession with the heroic last son of Krypton. It wouldn’t be a Superhero slot review without the inclusion of Amaya’s Superman: Last Son of Krypton slot. But it’s worth noting we aren’t just choosing this game because we think Superman is the king of comic superheroes. No, it’s because this online casino slot has a great selection of wilds – from Lex Luthor Frozen Wilds, Morphing wilds to Lois Lane Wild Hearts.

The Morphing Wilds are great as they, similarly to Clark Kent turning into Superman when danger calls, the wilds (masked as Clark turn into Supers and these increase your chances of a big win. The other two games feature Lois Lane (Clarke’s love interest) as well as the main villain. You’ll have to choose a number of multipliers, wilds and Free Spins at random over pick screens. On top of that features have the ability to be retriggered. All in all a fun game we think you’ll have fun with.

Marvel and Playtech really are the perfect duo since they have given us a number of fantastic progressive superhero slots to play over the years, but the one we’re most impressed with is another extremely popular slot, the Fantastic Four slot.

They really have thought of it all with this slot including a specific feature for each of the Fantastic Four members. Whether it be Mr. Fantastic, Human Torch, The Invisible Woman, or The Thing, each one has its own special feature with something to differentiate them from the other. Some of these include an ever-increasing multiplier, the Expanding Wild or constant symbols that alter your chances of hitting the big bucks.

If that isn’t enough to pique your interest, then there is the multi-level progressive jackpot that you can see across all the Marvel slots – so keep your eyes peeled for a chance of grabbing that at this online slot. Who knows, you might just make it as a superhero and have a few superhuman friends to help you win the next grand jackpot.

Caught between two worlds, Hellboy is the sweet, good-intentioned demon who now resides on planet earth and works as a paranormal investigator. The Hellboy slot by Microgaming is taken from the Dark Horse comic series and is just as entertaining and enjoyable to play as the comics are to read or movie is to watch! With 20-paylines and up to 33,600 coins up for grabs, here is how you might win big next time you head over to the Hellboy slot.

Look out for the Underworld bonus game as you start a journey through underworld tunnels winning bonuses at random. There is also the Super Mode feature that can be triggered at random and can even award you 10 Free Spins as well as increase your odds at winning with 3 sticky wilds. If there is one reason to stick around and try your luck at this demonic – fun-
fuelled game, it would be to try your luck at winning the 10,000-coin jackpot.

With so many male-dominated superheroes around, it’s exciting to see Cryptologics Wonder Woman slot make the top 5 since it’s hero Diana Prince has been an inspiration to young girls and women all over the world for years. More recently, the 2017 release of Wonder Woman on the big screens took home $821.8 million at the box office!

The success really goes to show how important superheroes are and both men and women are into this game. One thing’s for sure, this online casino slot really doesn’t hold out on the special features in any way. Love a Free Spin? Good! Because you can trigger Free Games when spinning the reels and whilst you’re in the Free Spin round, the Wonder Wilds stay put for up to 5 spins, and this increases your chances of winning tenfold.

The Ares Showdown game is another special feature worth mentioning since Ares orders a large group of zombies on Wonder Woman. However, should Wonder Woman hit Ares 3 times, you’re in for a treat since you will be rewarded with a pay of up to 100 times your initial bet. We like the sound of that!

Now that we’ve given you a taste of what superhuman features are available at these top Superhero video slots, it’s time for you to choose which one you’re going to play first? Whichever slot you choose to play we know you’re in for some fun and adventure and hopefully a few big wins along the way. So go on, let your hair down, step into your fantasy world and be a hero or a villain for the day.