What’s your take on luck? Do you believe it? What about when someone says “good luck with that” or “I’m going to bet on my lucky number 7”. Or are you more of a there’s no such thing as luck kinda person? Well, whether you believe in luck or not, a lot of people around the world have their beliefs surrounding luck and a lot of the time they are fairly relevant wherever you’re from in the world. It’s also quite common for good luck to revolve around animals usually referred to as lucky animals. Here we look at different animals that refer to good luck in a few cultures around the world and games you can play if you’re in need of some luck!

These beautiful creatures are known as symbolic lucky animals mainly in places like India and Buddhism. It’s been known for people to put elephant statues and charms around their house since they are thought to bring good luck to the home as well as offer protection, love, fertility (again), academic achievements etc. We would recommend heading over to Thunderkick to try the Pink Elephants slot

Also known for fertility is the good olf goldfish! However, it’s also been known to provide copiousness and in Ancient Greece, it was also thought to bring good luck to relationships and marriage. Not only is it one of the eight symbols that are sacred of the Buddha but it is also known as a good luck charm worldwide – it's more common for those in Southern Europe to be familiar with this animal good luck charm.

We love the Slavic tale that if you catch a goldfish it will make all of your wishes come true. So why not use this lucky charm by swimming over to the Golden Fish Tank online slot by Yggdrasil Gaming.

In Cambodia, fish are associated with health and well-being, not to mention good fortune. The Kantrop is considered particularly lucky and even inspired a product for treating anemia in people who had an iron deficiency. And, Canadia physician Christopher Charles, went to Cambodia to research health problems about a decade ago and he too observed how important the species were in the country.

Rabbits are known to possess a symbol of prosperity and fertility and it’s quite coming for children to be given ‘lucky’ white rabbits in some areas of Northern Europe as they were believed to help them lead a successful life. In western culture and our part of the world, including Canada, it’s been known for some people to say “rabbit, rabbit, rabbit” in the morning as soon as you wake up on the first day of the month as a customary way to obtain good luck. You’ve probably heard of the rabbit’s foot and this can be found on an amulet which is meant to bring someone good luck and it is customary on a global scale.

So where does one go if they feel the good old rabbit is going to bring them prosperity? Well, look no further than Big Time Gaming’s White Rabbit slot which is most certainly the highest of quality when looking at rabbit themed online casino slot games.

Ancient Egyptian scarab beetles were extremely popular once upon a time since they were thought to be connected to the sun God Ra thanks to his life-giving powers. It’s also known to be the protector of hearts.

Similarly, the red and black spotted iconic ladybug has been said to bring luck if it lands on you in countries like the United States or Canada. You’re even supposed to make a wish before it flies away. We’d recommend you try the iSoftBet Beetle Jewels slot if the ladybeetle takes your fancy.

While frogs are considered lucky (mostly I countries like Japan and China), one of the main reasons for this theory is due to their association with one of the elements of weather, rain. This is because rain makes us happy and offers nutrients to crops enable people to eat and not go hungry. The frog is also a symbol of safe travels and, again, fertility. So if you have a loved one heading overseas sometime soon, or know someone looking to have a baby, why not try the Super Lucky Frog slot by NetEnt! 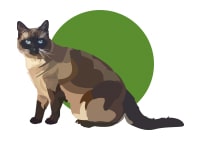 Cats are a symbol of good luck in quite a few cultures! There’s the infamous waving cat Meneki-Neko with a literal translation of the “beckoning cat.” It’s also known as the lucky cat or fortune cat in Japanese and Chinese cultures. You’ve probably seen these cute cats in one of the many Chinese or Japanese restaurants or Asian supermarkets. Among other legends of how this cat came to be, there is one really peculiar legend behind the Meneki-Neko which involves a geisha and her pet cat. One day as it tugged at her Kimono, the owner of the geisha’s brothel thought the cat was possessed and so sliced off the head. The flying head landed on a snake that was about to strike the geisha, but instead, it killed the cat instead. Inconsolable by the loss of her cat, some of her customers made a statue of the cat to help her reconcile. The cat is therefore used as a symbol to bring good luck to its owner.

Unlike our side of the world, there are some countries like Japan, where it’s believed lucky for a black cat to cross your path. In Germany, it needs to cross you from right to left though!

When suggesting what cat slot you should go for, we’d recommend Big Win Cat slot by Play’n GO!

Our seventh lucky slot for the day is actually from Ireland! But a four-leafed clover? That’s not an animal - we hear you cry! And, you’d be quite right! But in all honesty, the Irish don’t really have any lucky animals (or snakes would you believe) nor are animals culturally notable or talked about in folktales! But they sure do have some good luck and even better slot games you can try. Why not give the Irish Luck Slot by Eyecon a whirl instead!

What Are Your Lucky Animals?

So do any of these animals or lucky charms stand out to you? Have we picked up any of your lucky favourite good luck charms? Have you tried any of these slots and won big? Well, now’s your chance to add some of these to your must-play list when you get the chance.