While for some the Bitcoin bubble may have burst, others are still seeing the long term benefits of sticking with cryptocurrencies and their blockchain technology foundations. It’s not a small number of people either, as it has been reported that the Bitcoin casino Freebitco.in took third place for the most trafficked online casino towards the end of 2019. With reported figures of 31 million registered players and over a staggering 41 million people placing bets at least once a month between August 2018 and July 2019, there are only two other online casinos worldwide who have been able to surpass these impressive statistics. Second place goes to Caliente.mx, a Mexican based online casino who welcomes over 71 million visits every month, with first place going to the giant BET365, who stands at an overwhelming 194 million visits each and every month.

The number of cryptocurrency casinos and conventional casinos now accepting cryptocurrency as valid payment method have been on the rise in the past couple of years, thanks to the level of security and confidentiality that is proved by the blockchain technology that powers them. Bitcasino and Bitstarz are two recent additions to the purely cryptocurrency based online casinos. Being able to circumnavigate financial institutions have been a popular draw for many players when gambling online, as many have grown concerned of how their private information is being used by big businesses and institutions.

So, Freebitco isn’t the only casino that’s pursuing this relatively new trend within the industry. However, they have managed to set themselves apart with an emphasis on customer satisfaction, as well as eye watering promotions; most notably being their Golden Ticket competition that garnered them a huge amount of new registration, as they offered up a Lamborghini Huracan or $200,000 (Approximately C$259,500) worth of Bitcoins as a grand prize back in May 2019. So far Freebitco have stated that they paid out a massive 194,782 Bitcoins (Almost the equivalent of C$2 billion at the time of writing) in prizes as of the end of 2019. A breakdown of Freebitco’s users show that their largest demographic comes from The States with Brazil, Japan and the UK taking second, third and fourth place respectively. 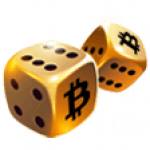 Things are also looking good for cryptocurrency casinos in the future, as 2020 has been forecasted as being another year of growth for both online casinos and cryptocurrency support alike. Europe is currently holding the biggest piece of the market share, although North America is seeing promise, as more US states and Canadian territories have begun looking into legalising and regulating online gambling. The current estimated growth rate of online casinos is at a respectable 13.2%, showing that there is no slowdown and is something that the various levels of government are surely looking at with eager thoughts of regulation and taxation. It is however the Asia-Pacific territories who are predicted as being the eventual industry and market leaders and it seems that the fact the the use of cryptocurrencies are becoming more and more mainstream is a clear contributor towards the popularity of gambling online.