It isn’t every day that you hear such happy endings for those in desperate need of money, thankfully there are some occasions that call for the attention of the media as is the situation in this very instance. One lucky man walked away with a whopping $60 million win and this is everything we could find out about the situation. 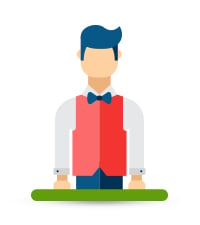 After 30 years and playing the lottery, one of the luckiest landscapers in the world finally hit a stroke of luck and walked away with one of the biggest lottery wins in history. Bon Truong had been playing the same lottery numbers for over 30 years and it eventually paid off big when he played the Lotto Max which paid out a whopping few million dollars.

About the Lucky Winner

Truong is a hard working landscaper from Edmonton, Alberta in Canada. He is especially famous now after coming forward to claim his win. It was at a news conference which was held on Wednesday the 28th of August in 2019 where he told the press he had been playing the same lottery numbers for over three decades.

Little did Truong know, but emigrating from Vietnam back in 1983 would be the life-changing event to set him in an easy retirement opportunity.

When asked about what his experience was upon learning he had the winning numbers, Truong admitted to barely believing his good fortune. He said that he went to the store immediately and asked the teller to please print the lottery’s winning numbers, just in case! Truong went on to tell WCLC that when he took the printout home, he just stared at the numbers on his ticket for hours on that specific day. He simply couldn’t believe that he had won $60 million dollars!

About the Winning Numbers

When interviewed and asked about the winning numbers, Truong said that his chosen numbers were a combination of important numbers which represented important family dates, birthdays and other symbolic dates. The numbers, 2, 3, 4, 8, 9, 20 and 30, are the exact numbers to have been called out in Lotto Max making Truong a multimillionaire. 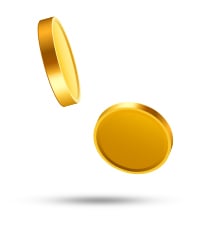 The lottery was won through renowned corporation Western Canada Lottery Corporation (WCLC) which has also been making international headlines with their innovative approach to delivering lottery services, news, and information to players in Western Canada.

A Bizarre Twist to the Tale

What made Truong’s story so incredibly unique and touched the hearts of many is the man’s willingness to wait before claiming his winnings. The bizarre plot twist is that Truong purchased the lucky lotto ticket in October 2018 and waited for a period of ten long months before he claimed what was rightfully his. When asked about his bizarre waiting period, Truong told WCLC that he wanted to carefully consider how such a big amount of money would affect the everyday lifestyle of his family. He proceeded to tell the corporation that he began to think about what this win would mean for his family and that he knew it would obviously change a lot of aspects in his family’s lives. Truong just wanted to make sure his family would be able to handle these incredible changes that were about to happen.

When Truong exclaimed that his family was ‘ready’ to embrace their win, it was a moment for applause as the humble family had finally taken their $60 million dollar leap of faith.

Truong plans to pay off his debts and then proceed to buy a new home for his family. He told the media that he was just happy to be able to pay off his debt and that was his first thought. The Canadian will then be taking his family on a much deserved long vacation and when asked where he would go, he replied everywhere!

It is stories like Truong’s that have made the WCLC as popular as it has become and many more are bound to experience the winning sensation delivered by claiming wins through magical numbers. Now it’s to see who will walk away with millions and if their winning story is as touching as Truong’s or if their numbers hold as much value as the Vietnamese lottery player has.