It’s no secret that many Australian nationals enjoy gambling and gaming. The market can be seen as up-and-coming which has resulted in operators adjusting their services to cater to Australian players. This is great news since it provides our Australian players with many great gaming options at online and land-based casino venues. For example, Adelaide, a prominent region in South Australia, is home to the Sky City Casino which offers its guests a glamorous gaming atmosphere that contends with the best online casino sites in the region.

With that being said, online casino sites that provide their services to residents and visitors of South Australia are varied and provide great and convenient gaming options for those who would like to stay indoors. The list of games available online includes pokies, baccarat, roulette and much more!

The Best Online Casinos in Australia 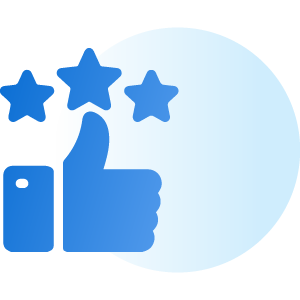 The capital city of South Australia is called Adelaide and has become a popular tourist spot for weary travelers who are looking for a destination that offers up the old-world charm. However, don’t be fooled by the colonial atmosphere of this region. Adelaide has set itself apart from other cities in Australia, such as Whyalla and Mount Gambier, by subtly introducing modern elements for convenience.

Residents and visitors of Adelaide alike can enjoy the many horse racing tracks and sportsbooks on offer as well as the prestigious Sky City live casino gaming venue. This gaming venue was constructed in the 80s and was operated by Aitco Pty when the doors were first opened in 1985. The casino was built in the old Adelaide Railway Station on North Terrace. While much of this has changed, the venue’s operators have chosen to pay homage to the venue’s humble roots by retaining some of the original design elements, such as the façade of the railway station.

In 2000, the SkyCity Entertainment Group acquired the gaming venue and rebranded it as SkyCity Adelaide. In 2009, Sky City Entertainment Group changed the casino’s name back to Adelaide Casino since the provincial government proved to be unwilling to issue more than one license for table games in the region, making Adelaide Casino the only gaming venue of its kind in South Australia. 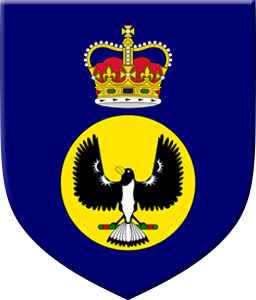 Adelaide Casino, or SkyCity Adelaide, is open for business around the clock and boasts 130,000 square feet of casino gaming fun. There are more than 1000 gaming machines, some of which are video poker, with excellent pokies on offer. In addition to this, there are more than 80 table games to try such as mini-baccarat, craps, roulette, blackjack, Pai Gow Poker and much more. 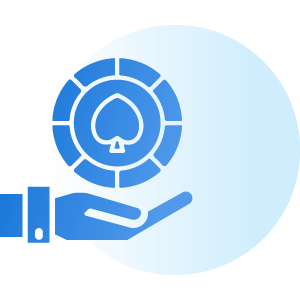 While SkyCity Adelaide has huge success and is considered a must-see for gaming visitors, the distance between the venue’s location and several settlements makes the commute tedious. Online casino operators have found this gap and the market and have taken full advantage of it by adjusting their services and offerings to make South Australian players feel more at home.

The only downfall to the number of online casino sites available in the region is that it can be overwhelming to choose just one. To help you along, our CasinoTop experts have done the legwork and conducted a thorough review of several sites to bring you useful reviews. Here are some of the things that we look into:

When it comes to how we rate an online casino site, one of the biggest factors that we consider is the variety of gaming options available to our South Australian players. Ideally, the online venue should provide gaming titles from almost all genres and ensure that they are offering games provided by the top software developers in the industry.

Being able to offer welcome bonuses and ongoing promotions is a privilege that most online casino operators use to attract new members. Regardless of whether you’re a seasoned player or just starting out, we want to make sure that the terms and conditions of all bonuses and promotions are fair, that new offers are introduced frequently and that you can get more value for every AU$ you deposit.

Security at online casinos is vital when it comes to fair play and banking. For fair play, we ensure that the casino sites we recommend have received certifications from independent auditing firms, such as eCOGRA and others before we give an operator our approval. In addition to this, the site has to prove that it makes use of SSL Encryption technology for all transactions to ensure that your sensitive data never gets into the wrong hands. This will allow you to bank and play with more confidence.

Looking for an online casino site that suits your gaming needs and preferences shouldn’t be overwhelming or scary. To make this process much easier for you, we recommend that you choose one of our top-rated online casino sites.

Our team of expert CasinoTop reviewers have gone the extra mile to understand the players’ journey and provide you with information about each casino site that is true, tried and tested. We deposit AU$ into gaming our gaming account to test both withdrawal times and security. In addition to this, we ensure that all games are fair and pokies use RNGs.

These rigorous testing methods have given our South Australian players the confidence they need to be nothing less than excited to start their online gaming journeys.

Want to Play Now? Check Out The #1 Casino

FAQs for Gaming in South Australia

What games can I play in South Australia?

South Australian players and visitors can enjoy pokies, online pokies, sports betting and table games, such as Pai Gow Poker, baccarat, roulette and many other variations of these classic casino-style games.

How many casinos are there in South Australia?

There is currently only one brick-and-mortar casino venue in South Australia called SkyCity Adelaide or Adelaide Casino.

Is gaming regulated in South Australia?

Yes, land-based gaming and sports betting are regulated by the regional government. Operator licenses for these gambling activities are distributed by the same authority body.

How do I know if an online casino is safe?

Online casino sites are regulated by reputable international authority bodies, such as the UKGC or the Malta Gaming Authority etc. These authority bodies are tasked with regulating online casinos that have been licensed to ensure that the operator is adhering to industry standards. In addition to this, independent auditing companies, such as eCOGRA, run in-depth tests on sites to ensure that all games are fair. If the site passes these tests, the online casino will receive a certification that will be displayed on the landing page.

What is the minimum legal gambling age in South Australia?