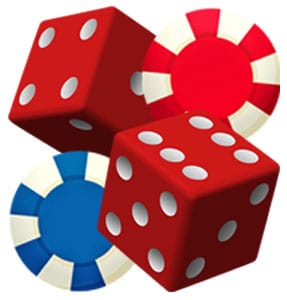 April of this year saw major online casino operators Bet365 and Bettson, as well as ATG and Spooniker face fines by the relatively newly introduced Swedish gambling regulator ‘Spelinspektionen’. This was in light of the online casinos acceptance of wagers made on specific players in soccer games, where a number of players were under the age of 18. Under Sweden’s current legislation, it is forbidden for casinos to allow stakes made on minors, including their individual feats within the game such as goal scoring.

The initiation of the investigation back in April was originally actioned against 8 different Spelinspektionen license holders under scrutiny and potential fines resulting in a total sum of approximately C$5.7 million. This sparked GIG (Gaming Innovation Group) to cease its sportsbook product within the Swedish market back in July. However, their action turned out to be a preemptive miscalculation unfortunately, due to the confusion that Spelinspektionen caused, who have now made a withdrawal of their requested fines against Bet365 and Bettson, as well as ATG and Spooniker.

The withdrawal of the fines was declared earlier this month of October, after the investigation found that the event upon which triggered the inquiry found that most players in the event were in fact over the age of 18. This has also prompted the regulatory body to work closer in tandem with sporting associations in order to ensure events and misunderstandings, which could potentially have serious financial and public relations ramifications on the casinos in question.

Sweden saw a drastic change in which it allowed the conduct and activity of gambling on online casinos, at the start of this year on the 1st of January 2019. This was the result of a bill proposed back in January of 2018, which required online casinos to seek a new and unique license to continue or open up operation within the Swedish market. Sweden is amongst the largest market for online casinos within Europe and therefore these new regulations had online casinos in a panic for some time, as they were made to seek application of the license or cease operation in the lucrative region. It’s not just the fact that most casinos wished to remain active in the Swedish market, but also the fact that countless online casino platforms and game providers originate and had always been strongly attached to the country.

The initiation of Spelinspektionen saw the oversight of both online and land-based gambling activities in Sweden and in some forms may have been a response to the ongoing and still unforeseeable Brexit debacle, as well as their previous governmental monopoly on the industry, which saw many companies relocate their offices and workforces to places such as Malta, where they were still allowed to conduct their operations on an overseas basis, via the MGA (Malta Gaming Authority), towards Sweden before the changeover happened at the beginning of this year.