Unfortunately, not every casino or lottery win ends with the fragrant aroma of freshly cut roses. In fact, with one of the most recent wins in Canadian history ended with tissues and tears. And it all began with Ryan Dodd.

Ryan Dodd from London recently believed he had the good fortune of buying a lottery ticket which would, later on, prove to be the lucky lottery ticket of the evening. Dodd was interviewed after landing an incredible win of CA$2,500,000 in a simple game of lottery. The game consisted of scratch cards which would reveal the lucky winning numbers to those who choose to partake in a quick game online. But what happened next couldn't be predicted and might have changed the way the parties involved may view their next win.

All About The Win

The reason this story drew so much attention from the public was that Mr. Dodd is one of the most recent millionaires to have won a life-changing sum of money from playing the lottery supplied by Ontario. Ryan Todd is a 26 year old bartender who chose exactly the right time and day to purchase a lottery ticket which would later prove to be a combination of winning numbers.

The outcome of the choice for Mr. Dodd to purchase a lottery ticket was to change the rest of his life. Following his instinct, the young bartender made his way through the streets of London and found himself in a situation that led him to make the purchase of the multi-million dollar win. The only catch? Dodd was required to claim his prize within 52 weeks from Ontario Lottery and Gaming Corporation as a part of the agreement. The surprise? It wasn’t Dodd who found himself having a moment of sadness, but rather one of the below mentioned lottery winners.

Another Lottery Wheel Win for the Win

Thomas Desjarlais has also been internationally recognized as an instant lottery millionaire when the young man purchased himself a winning lottery ticket. All the win took was a payment of CA$5.00 and he bought himself a spin of the winning lottery wheel in Alberta. Because Thomas Desjarlais hit a winning spin, he was immediately entered into the grand prize draw of a winning pot that totalled to the value of CA$275, 000. But the most rewarding part of Mr. Desjarlais’s story is that this wasn’t his first lottery wheel win, it was, in fact, his second and all in the space over 2 weeks. The first win awarded the avid lottery player with CA10, 000 which is what encouraged him to play on and get an impressive win as well as an automatic entry into the bigger pot. 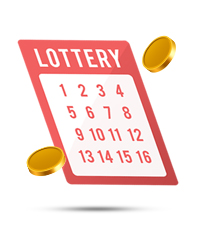 Andre Dionne and Nicole Caron won a combined total of $24 000 Canadian dollars. The most obvious scenario is that they too will have a great future planned, and both have been reported to have had success in their paths. It’s the story below that tells another version of winning the lottery.

The Story to Reel the Nation

It's stories like this one that tells us not all stories end happily. In fact, this one is the story that followers have been looking for and the reasoning isn’t that crazy, it's a plot twist that leaves everyone feeling as if it is really bizarre. Michael Gebru from Ontario made headlines when he won a life altering sum of CA$10.7 million. This win came in 2017 but the series of events to follow only recently took place. Gebru was found dead in his home country in 2019. Following his recent activity after his win, records show the inspirational man used his winnings to fly between Canada and Ethiopia in order to help those in need in his home country. It was the last trip that Mr. Gebru took that would cost him his life. The circumstances around his death remain a mystery and are currently being investigated and due to the man's very prestigious reputation, the story has touched many who knew him in Ontario and Ethiopia.