One lucky lottery fan in Calgary is in for a life-changing surprise! It has been announced that a single ticket in a recent Lotto MAX draw has the full complement of winning numbers for a massive CA$65 million jackpot.

This jackpot sets the record as the largest win ever in the province of Alberta and one of the largest ever won on Canadian soil. The Western Canada Lottery Corporation, which operates the Lotto MAX and Lotto 6/49 games, report that the winning ticket holder has not yet approached them to claim the prize. It’s entirely possible the winner is not even aware of how their life is about to change!

Lotto 6/49 and Lotto MAX both offer twice-weekly draws and these two games are among the most popular lotteries with Canadian players. As per the terms of the lottery, the winner now has one year to come forward to claim the jackpot with their winning ticket.

This recent big win in early October is a record-breaker but there was a close call for that title back in the spring. The Lotto MAX jackpot had reached CA$70 million in May but there was no single ticket with the full set of winning numbers. A jackpot of CA$50 million, reached in the same month, was split between 20 players who bought a group ticket in Quebec.

Lotto MAX and Lotto 6/49 have both paid out millions in smaller jackpots but the fact remains that matching every single winning number is extremely difficult, as this year’s near-miss illustrates. The lucky winner in Alberta has only pure chance to thank for this amazing achievement.

What to do with a big jackpot win 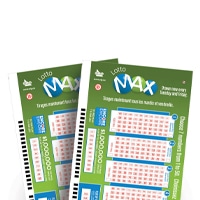 While it’s possible that the winning ticket holder has not yet realised that they are, in fact, a winner, we must also consider that the winner is fully aware that they are about to come into a whole lot of cash. They may be taking some time to plan their next move.

Every gambler dreams of a massive, life-changing win but few appreciate the impact such an event can have. Bagging a big sum of cash will change your life but not necessarily in the ways you anticipate. Personal relationships stand to change and responsible financial planning is crucial to ensuring that jackpot win continues to have a positive impact.

The internet is rife with horror stories about jackpot winners blowing it all, destroying important relationships and ending up back at Square One because they did not take the time to really consider their options. The best ‘first purchase’ a jackpot winner can make with their win is sound financial advice. We’d like to think that the winner in Calgary is doing just that before they go ahead and claim their prize.