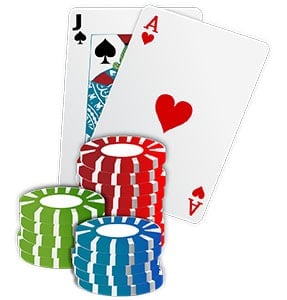 As of August 2019, the Prime Minister of Cambodia Hun Sen laid bare a decree to eliminate the ability to acquire any and all online gambling licenses within the jurisdiction of the country of Cambodia by 2020. This decree would also cite that no renewal of current licenses would be possible following the new year.

Earlier this year there was some debate on how far the decree would go with regards to limiting the advent of online casino operations springing up around Cambodia, but as of August it was decided that a full ban would be imminent. This also coincides with the Philippines who have also made large investments and commitments to form online casino platforms catering mainly towards Chinese players and who were similarly requested by Chinese President Xi Jinping to close down their online casino industry. Both Cambodia and the Philippines have close ties to China and are considered allies of China, especially as Cambodia receives more investment and financial aid from China than from any other country.

Prime Minister Hun Sen signed an issuance that stated:
“The Royal Government of Cambodia will stop the issuance of online gambling policy and licenses, both within and outside of the Kingdom of Cambodia, from the date of signing this directive”

This has been a hot topic in Cambodia since the emergence of several Chinese run online casinos set up shop in Sihanoukville, a South Western coastal city that has seen a massive convocation of Chinese based investments; where it was reported that 90% of businesses are Chinese owned. The injunction went on further with:

“Some foreign criminals have taken refuge in the form of this gambling to cheat and extort money from victims, domestic and abroad, which affect the security, public order and social order,”

This follows the fact that several warnings have been issued with reports of drastic increases in severe criminal activity. Extortion, murder and rape cases have all seen a dramatic rise that correlates with the boom of investment that has taken place in Sihanoukville.

President Rodrigo Duterte of the Philippines, who also have strong diplomatic links to China, took a different stance on the matter however. Duterte, recently made a public announcement that he would not follow Cambodia’s example and will remain on the side of online casinos when it comes to catering to the Chinese demographics.

While, Cambodia indeed does rely heavily on close ties to China, due to the economic benefits provided, reports showed that the casino industry garnered $50 million in revenues back in 2018. While it may not sound a lot in the grand scheme of things, Cambodia is still listed as a developing country and a cut in the gains from the online casino industry and the possibility of further unforeseeable cutbacks on investment opportunities can hit the Cambodian economy hard. The capital city of Phnom Penh’s land based casinos, such as Naga World, seem to still in safe hands, but it is the fact that online casinos have the ability to cross borders that seems to have the Chinese President in contention with the current standing that Cambodia and the Philippines have been operating under.

2019 saw Cambodia issue 215 gambling licenses, which was almost 100 more than the previous year, clearly showing that investment was growing exponentially. This new ban will definitely put a halt to this and appears to be in hopes of decreasing the unmanageable and frightening rise in crime, as well as appease the Chinese government.

So, while Cambodia and the Philippines have both taken completely opposite courses of action based on President’s Xi’s request, it definitely represents extreme circumstances either way for how online gambling is a cross-border issue. While Canada still remains in the grey-zone, where the conversation is very much open for debate; it also is not in such a hardline position to be swayed by other countries. With the neighbouring US mainly taking a strong stance against online gambling, Pennsylvania and New Jersey are the only 2 US states where online gambling is legal, both of which have casinos that cater to Canadian players, along with various European based online casinos.