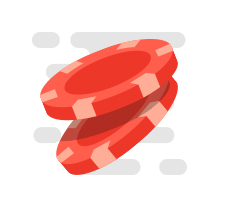 We ran an article recently on the current economic climate of online gambling in Canada right here on Casino Top. We recommend you read through it for a more comprehensive breakdown, however, to briefly summarize; Canada’s online gambling activities were shown to have generated a gross revenue of C$31 billion, based on tax revenues, employment and other economic factors. Most of this massive amount of revenue originated from Ontario, with Toronto’s very own Stars Group (Most notable for its PokerStars brand).

However, Canada and its gambling regulation is in a complex grey zone, mainly based on the government’s decision, starting back in the 1970s, to allow provincial control on their individual stances when it concerns gambling. Naturally speaking, this was enacted before the advent of online casinos, the recent hugely growing trend of mobile gaming and the factors related to the majority of casino platforms now mainly being operated from outside of Canada’s borders.

With regards to allowance of region specific legislations; Ontario, British Columbia and Québec are the only territories that have liberalized the aspect of online gambling and have therefore established their own Canadian based online casinos, such as the aforementioned Stars Group.

Due to the now relatively archaic Canadian legislature on gambling in general, players are left in a legal grey zone when it comes to playing online. Essentially, those residing in Canada are in no way breaking any laws by playing at foreign based online casinos, which have shown increased targeting and investment towards Canadian players with the acceptance of Canadian dollars and Canada specific welcome offers and other promotions. We have for instance reviewed several online casinos that operate and have gone to great extents to cater to players residing in Canada. You should check out our Casino Review section, where we have given honest and comprehensive reviews on the top online casinos catering to the Canadian market.

What you’ll quickly realize from just briefly looking through our site, is the vast amount of online casinos available, along with the various promotions and hundreds of games that they provide. The operated casinos within Canada are prohibited from many of the lucrative marketing options that makes the European based casinos all the more appealing, such as promoting special bonuses and other exclusive offers. Along with a fast moving trend towards mobile optimization, it is a simple reality that European based casinos, usually licensed by the MGA (Malta Gaming Authority) or UKGC (UK Gambling Commission), are drawing in a growing proportion of Canadian players to their sites, which has caused concern for the state operated casinos within the borders of Canada. This has been a major catalyst in Canadian lawmakers reassessing the landscape, as they see upwards of billions of dollars going towards these primarily European based online casinos.

The UKGC was originally established in 2007 and was mandated with establishing strict and player protective protocols across all casinos wishing to operate within the UK market. It wasn’t until 2014 however that the UKGC began offering licenses to online casinos on an international scale. This came along with the stipulation that any casino wishing to operate within the UK market must follow its stringent guidelines, for which its is known for industry-wide, along with a 15% consumption tax. This tax has been a huge financial boon to the UK, especially as the online casino industry has been flourishing year-on-year. 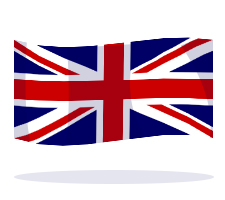 Could this be the answer for Canada? Well, again the issues lie in the complexity of the region based legislature and how this means that Canada, with its current legislature, would require a more centralized foundation from which to build its commission and licensing body on. It can be clearly seen that while Ontario has embraced the economic benefits of its liberal stance on online gambling, other territories such as Nova Scotia representatives have taken a more hardline and opposing attitude towards such activities.

Another concern that has been seen on regionally controlled legislature is the matter of retaining their monopolies on gambling and lotteries, which has been reportedly been a consideration of Québec. The idea is that excluding outside operators via legal reforms would allow the region to retain absolute control and revenue without fear of competition. This seems like a shortsighted mentality though, as this has the undesirable potential for creating black markets within the territory.

So, moving forward it seems that it is in the government’s best interest to update its laws on the matter of online gaming with a liberal agenda attached so that Canada itself can reap more of the economic prosperity that can arise from tax, employment and business to business operations. The importance though also remains on taking in the factors that the UKGC have been so diligent in overseeing when it comes to responsible gaming, ethical marketing and data protection. For the time being though, residents of Canada are free and lawfully permitted to play at the extensive options of overseas based online casinos. Just a quick reminder though to read our reviews for the most trusted and best valued casinos out there before diving in.