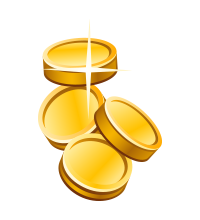 The last month of 2019 was, actually, rather slow in regards to huge wins. Sure, there are always decent cash wins of thousands of dollars made, but there was no bigger progressive jackpot wins during the month. Mind you, while writing this, there are still a few days left in the year, and both Hall of Gods and Mega Moolah are both sitting hot with a jackpot of over C$4,5M each!

The most recent big wins happened in November, where the won amounts were nothing short of massive. A player from the UK won the Mega Moolah jackpot of over €3.2 million on the 8th of November, and then a few weeks later, a Swedish player landed the €1.4 million Arabian Nights jackpot, which, in Canadian dollars comes to over two million.

The lottery world also received a new millionaire during December as a British contractor got lucky, cashing in on a whopping £105.1million EuroMillions jackpot! That’s just short of C$179 million!

The Biggest Casino Wins Of 2019

So, what did this year bring in regards to big wins? Were there any huge wins that will start the new year off to a good-performing one when it comes to progressive jackpots, or did players miss out on luck during the last year of the decade?

It’s pretty clear that the year of 2019 has been a good one in regards to big wins, not only from a jackpot point of view, but there have also been a few considerable lottery winnings over the past several months! As lottery is moving to digital solutions, it’s also becoming more and more accessible for players, which might be the reason why we have seen such lucky numbers lining up lately.

This slot has seen quite a few big wins during the year besides the most recent one mentioned above, and during the year we have even been able to witness a record-breaking one! On the 30th of January, the prize pool dropped for a lucky player at Zodiac Casino, who bagged a €13.1M prize (approx. C$18,973,500), which is the third-largest one to ever drop in a slot. 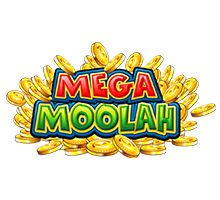 Another big win wouldn’t happen again until late summer, where a Canadian player hit the big win on the Microgaming game for a neat C$4,746,748.54 on the 5th of September. In October it was time for yet another Canuck to get Mega Moolah lucky, when the player, playing at Jackpot City Casino landed the top prize of C$5.9 million on a C$5 bet.

We saw two jackpots of over €3 million each drop in the Joker Millions slot during 2019. The first one happened at Easter, where one lucky Betsson Casino player took home the €3.1M jackpot (~ C$4.5M) from a €1.25 spin.

In September it was time for celebrations again as a player triggered the 3 million euro big jackpot in the Yggdrasil game from playing the slot at Casumo Casino.

The Azrabah Wishes slot dealt a $2.4 million cash prize, and the Slotomon Go slot made one player lucky with a $1.3 million, both were won at BitStarz Casino.

Last but not least, besides the massive £105.1 lottery win, two Canadian lottery players got very lucky. In August, a player from Edmonton, Alberta, who has been playing the lottery for some 30 years, finally had his hard work pay off as he landed a C$60 million win. And it wouldn’t take long until another Canuck, this time from Calgary, got lucky with a C$65,000,000 win on the Lotto MAX.

As you can see, there’s been a lot of massive amounts given out during 2019 from some of the most popular and famous slot titles on the market. Of course, Mega Moolah still stands the prize for the biggest progressive jackpot wins, and we are excited to see if the game will deliver during 2020!