Online casino Casumo has been on the receiving end of some stern words from the UK’s Advertising Standards Authority for paid ads appearing to people using search terms related to problem gambling. 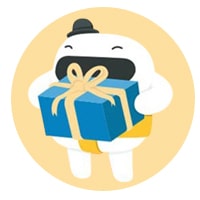 For most people with a question to answer, their first stop is a search engine, usually Google. The ASA acted on a complaint it received from a user who, in May 2019, searched for the following phrase; ““how to unsubscribe from all gambling”.

It transpires that the first search result, which was paid to appear in that top spot by Casumo, was an advert for the online casino’s mobile app. It also displayed the text "Welcome Bonus to New Players Casumo 100% and 20 Free Spins" and encouraged users to "Create an Account & Play now!"

In the context of the initial search term, which clearly indicates that the user is looking to distance themselves from online casino gambling, the appearance of an ad for the Casumo mobile app and encouragement to try the welcome bonus do not match the user’s intent.

The ASA recently reached a verdict on the complaint, saying that the ad was irresponsibly targeted and ordered for it to be removed. The online casino complied, explaining that it had processes in place to ensure that only users looking for gambling sites would be served their ads while those looking for problem gambling resources would not.

The issue arose because the casino had not included the term ‘unsubscribe’, which appeared in the initial complainant’s search, in its list of excluded terms. Casumo argued that it could not possibly hope to predict every permutation of search terms that could indicate problem gambling.

Online casino operators are obligated to implement methods to protect players from problem gambling, including self-exclusion tools. GamStop, a tool used throughout the online casino industry, lets problem gamblers lock themselves out of all gambling-related sites in one go but the software has been plagued with issues and has not yet been given the Gambling Commission’s approval.

This was not the first time Casumo received critical attention from regulators. Alongside two other operators, Casumo has had to pay a share of £14 million in fines after it failed to implement adequate anti-money laundering procedures and to act on player behaviours that clearly indicated problem gambling. The combined fine, issued in 2018, is the largest ever enforcement action by the UK Gambling Commission.

In 2017, a player lost £125,000 while constantly being offered additional bonuses and free spins at Casumo and one other online casino, in a case that made national headlines and then inspired a BBC Radio 4 documentary about gambling addiction.

While it is disappointing to hear about such cases, online casino players can take heart in the fact that regulators are doing their jobs and keeping a close eye on operators. Despite these issues, it is also good to note that resources that specifically aim to support those experiencing problem gambling are easy to find and have helped many overcome their addiction. The system is by no means perfect but players can get help when they need it.