Churchill Downs Incorporated’s new deal includes the acquisition and improvement of Turfway Park, a racetrack located in Florence Kentucky. Churchill Downs Inc. (CDI) has been around since the first Kentucky Derby back in 1875 and specialise in gaming, racing and entertainment. While CDI has evolved over the years, the same cannot be said for Turfway Park. The CDI thus plans on acquiring and improving the Turfway Park in the aim to restore its former glory.

On the 3rd of October, Churchill Downs Incorporated announced their plans to buy Turfway Park for $46 million in cash. Turfway Park is currently owned by Jack Entertainment LLC. Jack Entertainment LLC is a hospitality, entertainment and gaming company located in Detroit, Michigan. The company owns and operates a variety of hotels and casinos in Ohio and Michigan. They also own properties in Maryland and Kentucky.
The Churchill Downs Inc. will only be able to close the deal for Turfway Park once the sale has been approved by the Kentucky Horse Racing Commission. $10 million of the $46 million will go to Hard Rock International, as Hard Rock International made a deal in April to buy Turfway as part of their purchase of Jack’s Cincinnati Casino, a deal worth $480 million. The Jack Cincinnati Casino was opened in 2013 and was supposed to be renamed to Hard Rock Casino Cincinnati.

What Will Happen To The Turfway Park Once The Deal Is Closed?

Turfway Park is a 200 acre property valued at approximately $35 million, but as mentioned above Churchill is willing to pay $46 million. This is no surprise as Turfway Park is the only remaining racecourse in the Northern Kentucky region and has historical value. Churchill wants to retain this value by not only restoring but improving it.
According to Churchill Downs Incorporated Turfway’s racing schedule will continue as planned until March 2020. However, shortly after the grandstand, which is 60 years old, will be demolished and in its place, Turfway Park Racing & Gaming will be built. 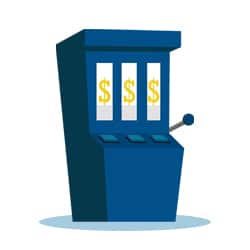 Turfway Park Racing & Gaming will be a live racing facility for thoroughbreds, and $100 million is estimated to be spent on its construction. This new Turfway venue will have around 1,500 slot machines. These slot machines will, however, be Kentucky’s version of slot machines, also referred to as instant or historical racing which basically refers to historical race wagering. CDI wants to restore the facility to its former glory as Kentucky’s first horse race wagering facility.

The Kentucky Horse Racing Commission is set to meet this coming Tuesday. If the Turfway deal is approved Churchill will abandon the Latonia Racing and Gaming project worth $200 million in Northern Kentucky. Instead, they will be spending $100 million to restore Turfway Park.