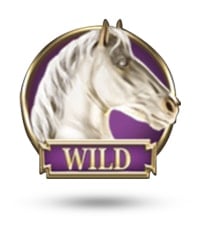 Some may call it divine intervention, but online casino games development studio Netent keeps rolling out the big wins. This time fortune struck a lucky skookum of a lady from Pennsylvania on the US based online casino PlaySugarHouse. Pennsylvania and New Jersey are the only two states in the entire US that allows the operation of online casinos, which was fortunate for this winner after she struck a $376,893 (Almost C$500,000) winning jackpot round after just playing for around 20 minutes on the 20th of October 2019. The record win for PlaySugarHouse was as a result of a mere $1 bet (Approximately C$1.30).

It seems Netent’s Divine Fortune has truly favoured the two US states legally able to offer the game, as PlaySugarHouse casino has seen the jackpot strike 6 times in the past 2 months on their site. The online casino really seems to have celestial connection to the progressive jackpot slot game, as their New Jersey players have also managed to hit the jackpot on several occasions. The most notable being a strong New Jersey individual and who had previously beaten cancer and then went on to win the Divine Fortune jackpot on 3 separate occasions, leading to winnings totalling a massive $300,000 (Almost C$400,000). In total New Jersey players have had the serendipity of winning a combined $3 million (Almost C$4 million), since the progressive slot was first made available to them back in 2017.

Divine Fortune, not to be confused with Netent’s other progressive slot game Mega Fortune, is a favourite amongst online casino players worldwide. It features a Greek mythological theme that offers 20 paylines on a 5 reel format. Overall the slot appears to be rather conventional, but the winning streaks, glowing player reviews and jackpot payouts that have been showcased since its inception has really set it apart from other slot games out there. For players to reach the jackpot they must first gather 3 bonus coins, which will open up a separate in-game interface that allows for each landed bonus symbol to return up to 200 times the original stake amount per symbol. Therefore staking higher amounts increases the chances of reaching the ever sought after Mega Jackpot prize. 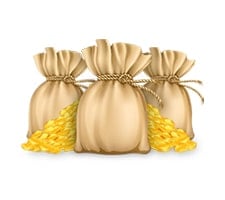 PlaySugarHouse is primarily based in Pennsylvania and is unfortunately unavailable to players residing in Canada at this moment in time. However, don’t write your chances off just yet, as many other online casinos available to Canadians also offer Divine Fortune and the chances of winning the progressive jackpot that comes with it. Rizk online casino is one such example that saw a Finnish player winning over €100,000 (Over C$140,000). on the slot’s jackpot round, as well as a Dutch player who placed a mere €0.40 bet (Around C$0.60)., only for it to yield back an incredible €175,600 (Over C$250,000). Both of these happened on Rizk casino on Divine Fortune, which goes to show that the region that players are based in nor the casino at which they play holds no barriers for entry when it comes to the chances of reaching those massive progressive jackpot wins.

And again, it can’t be stressed enough that the games payouts are purely based on randomness, where regionality or specific online casinos have no bearing on the chances of someone reaching the progressive jackpot for any slot game, as this would be in breach of several regulatory bodies and statutes too many to mention. We recommend that you look at our “Casino Reviews” section for more concise and honest information on online casinos that are open to Canadian players and feature progressive jackpots.