For those of you that aren’t sure what a high roller is, we’re going to start with a brief description. A high roller is a gambler who likes to spend BIG. There aren’t so many of these big spenders, but the casinos want to make sure that they keep coming back to their casino, for obvious reasons. Some players have made a career out of gambling successfully, so the amount of money they spend in a day, could be truly staggering.

These chosen few are often treated like royalty, with casino staff and management, as well as other players, showering them with attention! Then the rewards are another story, no expense is spared in treating these VIPs to whatever their hearts desire. The rewards include cashback and prizes and even their own special private VIP gaming rooms where they can have private exclusive parties and don’t have to rough it with the ordinary folk.

Three of the most Famous Canadian Gamblers ever 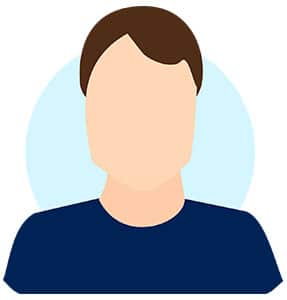 Canada has three impressive high-rollers of their own, who are all veterans in the industry. Successful gamblers usually have a wealth of experience, which usually comes with age. We’re going to introduce you to this trio and give you a rundown on how they became high rollers.

Probably Canada’s most successful entrepreneur, Baazov is almost 40 years old, born and bred in Montreal Canada, he managed to build himself a gaming empire thanks to his astute gambling and business sense. Canada is on the map as a big industry player thanks to Baazov’s acumen and inventiveness which earned him a place in the hall of fame.

Baazov was responsible for the creation of a computerized poker table that didn’t require a dealer. This invention led to the company that is today known as The Star Group (formerly Amaya) which is the biggest online gambling company in the world. He also owns online gaming sites, Full Tilt Poker and PokerStars. It’s fair to say that when Baazov ran away from home at 16 to escape a strict religious family, his gamble paid off.

Guy Lailberte’s original claim to fame was the creator of the world-famous spectacular Cirque du Soleil circus back in 1984. This set him up as a seriously rich and successful businessman in the entertainment industry.

It may be a surprise to hear that he later became a professional gambler, winning a huge C$696,220 in Poker at the Las Vegas Bellagio, and later more success followed in the Poker After Dark season. What many may not know is that Lailberte and some fellow poker players generously donated millions of dollars to charity after they won big at the 2012 World Series Poker tournament.

Evelyn Ng is one of Canada’s most popular and famous female poker players, in both online and land-based casinos around the world. She’s known for her dominant style of poker playing which has paid off ever since she started out playing pool in her younger days. She became noticed internationally when she started beating the likes of American female poker players Annie Duke, Jennifer Harman and Kathy Liebert. She has won many poker tournaments and came in the top 250 players (out of 7,000) in the WSOP event in 2008. Team Bodog and Pokerstars have sponsored her and she has achieved almost celebrity-like status on social media and TV.

High Rolling from your Sofa

These days, you don’t need to go to land-based casinos or travel the world to be a VIP high roller taking part in world-class tournaments. With the ongoing success of online casinos, which can be played where ever you happen to be, from your PC, tablet or mobile phone, you can engage in some of the most lucrative live table games where the stakes can vary from very high, if thats what youre after to more conservative for the low rollers.

Today Canada is still producing its fair share of up and coming gambling stars, with two young men still under 30 years of age; Michael Mc Donald and Jaime Staples. Both these players are very prominent in online gambling and are regarded as two talents to watch out for in the future.