The Finnish player had only been a Casumo online casino player for just over 2 months when the winning spin hit. What’s more, is this northerner managed to hit a huge Jackpot in the Joker Millions slot game with only €0.50! Joker Millions is a very popular progressive jackpot slot from Yggdrasil that is available for Canadian players and this winner’s story is exciting for anyone wanting to get a whiff of the win!

They Simply Couldn't Believe It! 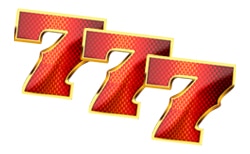 The story begins just like many winning stories do, with the player completely unaware of what was about to happen, playing the game from the comfort of their living room sofa. The partner of this player was minding their own business, playing video games in the same room when the lifechanging event took place. As soon as the C$4.4M massive jackpot dropped in Joker Millions, they were both speechless, simply staring at the screen unsure if they were able to believe what they were looking at.

When breaking the news to their friends and family, no one believed them at first. “They totally thought we were joking”, the player told Casumo when the online casino called to congratulate them on their massive win. The player also commented that: “Our minds already started wandering towards a new house, getting a dog and travelling.”

It’s not hard to understand why Joker Millions is this player's favourite slot of all time, seeing as they bagged another win on the same game just a week earlier and although it didn’t come close to the C$4.4M one, they did win twice in under two weeks!

The Yggdrasil Gaming slot Joker Millions is not only a Finnish favourite. The truth be told, this progressive jackpot game is popular amongst many players around the world. The game itself offers, other than the jackpot, a few nice features including the Freeze and Respin feature. Any of the symbols in a winning combination freeze, with the rest of the reels spinning for more chances to win. One Joker on each reel triggers the Jackpot spin.
If you manage to fill the screen with 15 of the joker symbols during the jackpot spin, then the jackpot is yours! The jackpot has a starting base of €100,000 (almost C$150,000) and an RTP of 94.30%.

What Does The Future Hold For This Winner?

As mentioned, they instantly started to fantasize about a house, a dog and to travel as much as possible. The winner also added, “I would love to study something new, something that I’ve always wanted, but never got the chance to do”.