Flutter Entertainment, which owns the Stars Group, stated that it was surprised by the ruling published last month by the Kentucky Supreme Court. The ruling has reinstated a previous judgement against multiple subsidiaries of the Stars Group that took place in 2008, with the case law dating back to 1798. However, it seems that the Entertainment group has every intention of fighting the ruling, while Governor Andy Beshear has shared that the state will attempt to collect on almost $1,3 billion from the Stars Group.

In the 4-3 ruling, the court opined that the state did indeed have legal standing as a “person” to request treble losses that were incurred by Kentucky residents who participated in offshore and illegal poker games online. Owner of the Stars Group, Flutter Entertainment, stated that the state’s current argument runs counter to the established modern precedent. The Stars Group and Flutter estimate that gross gaming revenue generated by Kentucky’s players between 2006 and 2011 is close to $18 million. In addition to this, Flutter has recognized zero liability regarding the lawsuit while the company’s financial reports remain robust. In the time that this lawsuit has been in court, the Stars Group has become a legal entity and contributor to the online gaming markets in the US and have launched their services in Pennsylvania and New Jersey. Flutter concluded by saying that there are several legal options available to the company, which has made the company confident that any amount that the company become responsible to pay will be but a portion of the reinstated judgement.

While the governor agrees that the reward will not make up for the damage caused, the decision is still good news as the state is currently under extreme financial pressure brought on by the novel corona pandemic. The ruling provides the state with the opportunity to improve its financial position while aiding Kentuckians and keeping promises that were made to public employees. He concluded by sharing that the state will only be taking necessary actions once the ruling is finalized.

PokerStars Case is not a Windfall for the state

Kentucky started its investigation into PokerStars in 2007. A year later, the state filed a lawsuit against the group as Poker Stars subsidiaries remained operational in the state. In the initial case, Kentucky’s officials shared that players in the state had lost around $290 million on PokerStars sites over a five-year period. According to Kentucky law, the state is well within its right to triple the damages, which puts the award total at around $870 million excluding interest. Justin Samuel T.Wright was responsible for ruling relating to the award after finding it proportionate. However, it is not the windfall that some appellate judges suggested. According to the judgement, The Commonwealth of Kentucky has sustained losses due to the illegal internet gambling offered by PokerStars. The suggested recovery amount, in this case, might not cover the losses that were incurred by the Commonwealth of Kentucky. 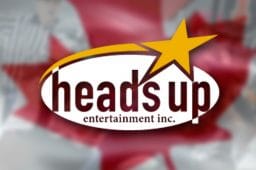 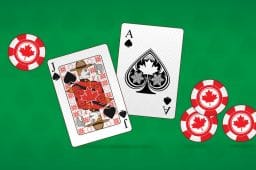