It was a match made in gambling heaven as Flutter Entertainment and Canada-based The Stars Group announced a merger of their operations earlier this month.

The good news was quickly followed by one rather dark cloud - analysts cited by The Sunday Times say that the Flutter might have to jettison one or more of its brands if it wants the multi-billion dollar deal to make it past the regulators’ scrutiny. One of those online casino brands includes the flagship Paddy Power. 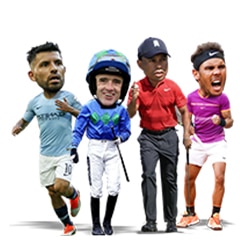 Merging Flutter and The Stars Group

The merger between Flutter Entertainment and The Stars Group made waves in the world of online gambling. The all-share combination of the two entities is worth about £10 billion and with brands like PokerStars, Paddy Power, Betfair and Sky Betting & Gaming among their assets, the merger would create the largest betting and online gambling group in the world in terms of revenue.

Put together, Flutter and The Stars Group would have generated roughly £3.8 billion in revenue during 2018. Flutter investors are set to lay claim to a 55% stake of the new Flutter/Stars entity. Analysts think this will raise some eyebrows over at the UK’s Competition and Markets Authority, who get a say because the combined entity would own three of the seven largest betting and online casino gambling brands in the UK.

Analysts at Morgan Stanley say that the merging of The Stars Group and Flutter Entertainment would push revenues up to 50% higher than Bet365, their closest competitor. Revenues would be twice what GVC Holdings, which owns Ladbrokes Coral and other brands, brings in annually.

It’s that big market share that has analysts at Canaccord Genuity, an independent financial services company, reckoning that regulators might be hesitant to allow the merger at all. And it’s not just competition watchdogs in the UK who are likely to take an interest.

Sportsbet has an 18% share of the Australian sports betting market, making it the second largest sports operator in the region behind Tabcorp. BetEasy, owned by The Stars Group, holds an 8.1% share of the same market.

Paddy Power on the chopping block?

The proposed merger, due for completion in 2020, is the latest in a wave of similar consolidations in the industry that has marked the past five years. Spurred on by pressure from regulators in key markets like Australia and UK as well as the striking down of the federal ban on sports betting in the United States in 2018, investors have a keen interest in diving into what could well be the biggest sports gambling market in the world.

Canaccord Genuity suggests that Flutter could divest itself of some of its online casino brand assets to bring the deal in line with competition rules. As The Stars Group’s BetStars and Sky Bet brands have a strong foothold in the North American betting sector, the “logical decision” would be to sell off the Paddy Power brand, including its retail and online casino presence.

Of course, this is just a recommendation based on the financial and regulatory facts, certainly not a done deal. Indeed, the firm concedes that selling off Paddy Power would be “emotionally difficult”, particularly as the brand has a strong legacy from its inception in the 1990s as well as the group’s intention to headquarter operations in PP’s native Dublin.

Only time will tell what Flutter Entertainment and TSG decide to do with Paddy Power. On the one hand, the merger is sure to cement the combined group’s dominance in the industry, although that’s exactly why Paddy Power might need to go. On the other, saying farewell to a brand like Paddy Power, with its long history and household name status, is sure to be a wrench.