How Slot Games are Made

Gambling online has become an outrageously successful industry in the past 10 years and generates literally billions of dollars worldwide. Of all online gambling, video slots have cornered the market and are responsible for the majority of all games played online. So here at CasinoTop, we’ve decided to take a look at what goes into creating a slot game, as out of all online casino games, they require the most development and need to be updated the most often.

Creating a top-quality online slot can take many, many months, in fact anywhere up to a full year, from the time of inception to the actual launch. Not only does it take a lot of time but it usually also involves the work of many talented people, around a dozen or more, working full time to produce a unique and exciting slot game. Let’s take a look and what is actually involved in the process.

The team of experts involved in creating a slot game is wide and varied. Here we will give you a rundown of who they are and what they do. To begin with, a large group of talented minds brainstorm ideas. Some different directions are then agreed upon and finally narrowed down and passed onto the creative and marketing people.

This is the concept stage where the design team collaborates on what exactly will be involved in the slot. The look, the theme etc. basically working out all the components of the game, and how they will fit together. During this part of the process, the team must decide what variance the machine will have, whether it be low-risk, medium-risk, or high-risk.

Number specialists and external auditors are brought in to ensure that the Random Number Generator (RNG) works perfectly to create the fairest results that really are generated randomly and not by a human being. The RNG is an actual algorithm that chooses numbers, and are connected to the symbols players can see. The security around these RNG is fierce and kept a closely guarded secret by casinos and manufacturers because it protects the entire concept of fair gaming.

A Creative Team of Art Directors

These guys are responsible for the visual aspect of the game, in particular, the general look of the interface, the characters and the reel features and symbols that pop up.

After the visuals must come the audio, and this is the sound guys’ job, to create the most exciting and stimulating sound effects with the help of musical composers, sound producers and editors.

Here the server developers and a few front-end developers are responsible for the coding of all the game software which is a critical part of the process. PC and mobile software are similarly coded using the programming language HTML5.

By this stage, the idea is fully formed and ready to proceed to fruition. It takes an approximate 6 month period for the process to convert the plans into the actual game is complete, and it is not only a very complex process but also time-consuming. The visuals of characters on reels, symbols, the colour schemes are all put in place here. Often the slot is not constructed from scratch but rather older games are reworked. 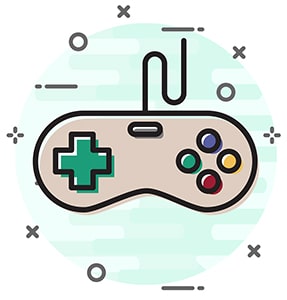 Testing the game comes next, to ensure that it is within industry regulations. There are two stages to the process, firstly the in-house team do a thorough test to ensure the quality and required standards. Then a professional body of game testers must check that the quality of the slot is optimum. Accredited companies like eCOGRA and iTech Labs check the RNG and several other tests and reviews are independently carried out as well. All the information is kept on file by licensing commissions, such as the MGA and the UKGC.

This is the final stage, but some might say the most important and most public part of the process. The configurators, with the help of the software developers, work together with casino operators to create a successful online game launch. They are responsible for what the players are going to be exposed to. If the game is a known brand already, it will be a lot more straight-forward, however, with a totally new concept, the marketing can be more challenging. Many exciting promotions, bonuses and free spins along with a hugely spectacular launch will certainly help it along.

The final decision is always up to you, the player. It’s in the hands of the end-user to decide whether it’s going to be a huge winner or not, but regardless of the outcome, the process that goes into the making of a top-notch quality slot game is impressive, to say the least.