Popular slots provider International Game Technology (otherwise known as IGT within the industry) has announced a partnership with the Ontario Lottery and Gaming Corporation (OLG) to bring Powerbucks to the region. Powerbucks is IGT’s massive multi million dollar progressive jackpot network that links physical casinos with their online desktop and mobile brethren. So, no matter where you are, you can compete for the top prizes on two of IGT’s popular games titles. 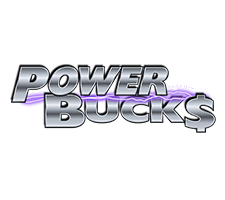 With Ontario being added to the fold, the progressive jackpot network is now available across much of Canada, with deals already in place in British Columbia, Manitoba, New Brunswick and Quebec. The Powerbucks format is currently included in two games (available in bricks and mortar casinos, as well as online via various casino brands), namely Wheel of Fortune: Exotic Far East and Wheel of Fortune: Hawaiian Gateway. This means that many Canadians can play for the often multi million dollar jackpots from a wide variety of physical and online locations.

IGT’s innovative progressive jackpot network known as Powerbucks links several sources to create huge prize pools that can be won from a variety of different devices in multiple regions across Canada. By ingeniously combining the game play contributions made from physical casino slot machines, as well as desktop, laptop, cell phones and tablet computers, the jackpots offered by the two aforementioned games can often reach staggering totals waiting for one lucky player to scoop the lot.

Being an omni-channel jackpot network that is specifically located in various regions across Canada means that you will be competing with other Canucks for the big prizes and there’s got to be a certain satisfaction in taking a national jackpot win like that – at least, we would imagine! So far there has been 15 huge wins in Canada each totalling more than a million dollars a piece. And that’s only since it was launched in stages in the Great White North as recently as 2016.

Speaking about the latest licencing deal made with the OLG, IGT’s Regional Vice President in Canada, David Flinn, commented that “Powerbucks is a player-favorite brand among those who play online or in brick-and-mortar casinos across Canada, and its growing omni-channel jackpot pool will provide OLG’s players a unique slot experience unlike any other in the province.” Mr Flinn went on to add that “IGT is excited to bring the success of the Powerbucks network to OLG, our long-term Canadian partner and an important PlayRGS customer.”

Are you as excited to play Wheel of Fortune: Exotic Far East and Wheel of Fortune: Hawaiian Gateway as much as we are? Then, read through the detailed and honest reviews of Canadian online casinos right here and check your favourite brands carry the popular IGT games titles.