The Macau gambling regulator, the DICJ, has announced that no illegal operators were caught at the Macau Gaming Show 2019, held at the Venetian Macau casino. That sounds like an odd thing to get excited about, much less issue a press release over but it does indicate that recent efforts to crack down on illegal gambling in the enclave are bearing fruit.

The DICJ told the press that it had started to patrol gaming exhibitions, shows and expos to weed out operators that marketed services and products that are illegal under local law. This includes online gambling and any form of crypto gaming. The regulator said that it had partnered with the Judiciary Police in what it called “joint supervisory actions” in a push to keep a closer watch on operators and make sure they were sticking to legal gambling activities.

The Macau Gaming Show welcomes over 500 exhibitors who attend to promote all kinds of casino-related products, from food and drink, to operational services, entertainment and equipment. These are aimed not just at casino operators but at the hospitality, leisure, culture and operations management sectors too.

The website promoting the MGS also made mention of “i-gaming”. In the DICJ press release, the regulator said that there were no suspected cases of illegality, though there was a caveat. The same press release comments on irregularities from individuals rather than the companies that employ them and these loose cannons were ordered to correct their behaviour there and then. The DICJ also issued printed resources that laid out the current legal framework. 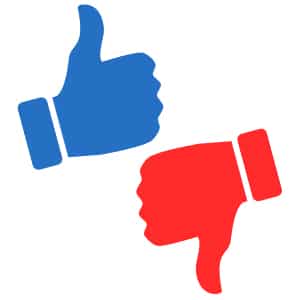 By itself, the DICJ’s emphasis on the absence of illegal activity might seem like a strange assertion but in context, it makes more sense. The G2E Asia expo, which took place earlier in the year at the same venue, was the source of great embarrassment for the regulator.

Not only were multiple illegal operators discovered but DICJ head Paulo Martins Chan had to withdraw from his scheduled keynote speech after it came to light that the expo was to be investigated by the DICJ itself. Martins Chan went from guest speaker to investigator in the blink of an eye.
Online gaming is illegal in Macau, which answers to lawmakers in Beijing. Over recent years, China has ramped up the fight against illegal operators, most of whom are based in the Philippines and target customers on the Chinese mainland. With the exception of state-run lotteries, any and all forms of gambling are illegal in China.

At the more recent MGS, the DICJ also was also on the lookout for ‘crypto gaming’, a phrase perhaps unfamiliar to most players. Context once again sheds light on this unusual statement.

In Macau, cryptocurrency is unregulated and as a result, not authorised for gambling. At the G2E Asia expo in May, a blockchain company based in Hong Kong, Blockchain Labs, appeared to be one of the main sponsors of the expo. The sponsor has organised a few events that were about the role of blockchain in casinos and gambling platforms, as well as events about cybersecurity, payment solutions and so on.

The DICJ were clearly not happy to see blockchain appear so prominently on the itinerary, despite the fact that blockchain and cryptocurrency, while related, are not the same thing.