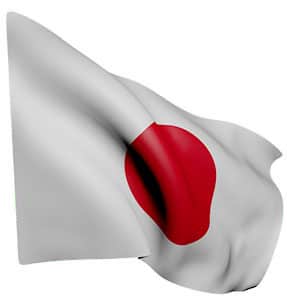 Japan, who has historically been a country that has outright banned gambling, has had a long and booming stand-in with hugely popular Pachinko machines and parlours dedicated to this game of chance. Showing similarities to slot machines, but instead based around inserting cascading ball-bearings into a vertically and mechanically based machine. This niche alternative has seen Japanese players invest massive amounts of cash that have been reported to in the approximation of $200 billion (Over C$261 billion), which is 30 times that of which is spent in Las Vegas year-on-year and is an equivalent of the entire GDP (Gross Domestic Product) of some countries, such as New Zealand. Pachinko has been allowed to operate via circumnavigating the strict laws of Japan; using a legal grey zone where stakes and pay-outs from the machines come in the form of ball-bearings, which are then exchanged in a separate venue for items of value that are then further exchanged for cash.

Pachinko, horse racing, lotteries and some Motorsports are the only forms of gambling related activities that have been permitted within the country. You should definitely search the internet for some hilariously unpredictable and truly outlandish Japanese virtual horse racing events by the way, as it is something that cannot be explained in words. That’s besides the point however, as now Japan has enacted new legislation that will see the formation of the Casino Management Commission (CMC), as of the 7th of January 2020. This will coincide with 5 new appointments to pre-vetted officials who will each serve 5 year terms on the commission. While this is mainly pertaining to land-based casinos and 3 separately branded casinos are set to be approved for commissioning.

Some online casinos already cater to Japanese players, as can be seen with the William Hill online casino brand already catering to Japanese players with localisation in place on-site. The loosening of the previously strict legislation will surely have many more online casinos make focused attempts on breaking the Japanese market, especially with the aforementioned billions players are already spending at Pachinko machines alone. Again the commission appears to be purely based on the domestic aspects of gambling within Japan, however this was also the case of the UKGC (UK Gambling Commission) up until 2014, where it then became an internationally recognised licensing body that have since had huge effects on the online gambling industry. Japan’s CMC could very well follow suit, as the potential for requiring licensing and taxation from foreign based online gambling operations has proven to be economically beneficial scale, as exampled yet again by the UKGC. 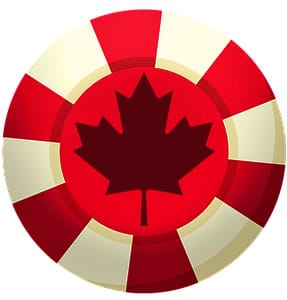 With many countries where gambling is popular, such as Sweden, Germany and now Japan forming their own commissions and regulations, it is still unknown what the future holds for Canada. We have a separate article that goes into further details, as to why Canada remains a grey zone for externally based online casinos and gambling activities, yet the brief summary is due to Canada’s gambling legislation being left up to each individual province to govern. This lack of centralisation has seen a lot of contention with regards to whether stricter or looser implementations should be applied nationwide, which appears to have essentially created a gridlock of updated legislation that has not been updated since the 1970s.

As with Japan however, mainly European based and licensed online casinos have taken root in Canada, as again the legislation stems from the 1970s and therefore predates the internet. This is essentially what has enabled Canada being a grey zone of online gambling activities, as European licensing does not blacklist Canada, since there is effectively no Canadian laws to say otherwise. As more nations are becoming savvy of the potential revenues that can be gained from creating concrete national regulatory bodies, as well as every indicator shows more and more people are more than happy to be able to gamble; Canadian lawmakers must surely recognize the fact that updates must be made to their stance on online casinos, as the benefits of taxation, employment opportunities and business development has seen major prosperity to other nations. Malta for instance is a classic example.