A very lucky lady from Prince George in British Columbia set a new record in Canada for the largest jackpot slots win to date, to the tune of $2.1 million. Marlyne Dumoulin, along with her husband Andy Domoulin, decided that a night out on the town would be more fun at their local casino, playing slots. 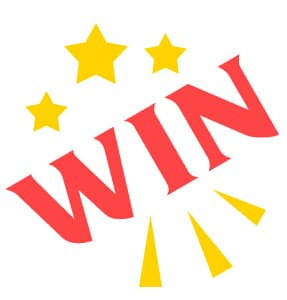 So, the soon to be lucky couple headed to their local casino, Treasure Cove Casino in Prince George. What Andy and Marlyne like to do, is play slots together as a couple, and this night was no different. Little did they know what was in store for them later that evening.

As Andy tells the story, he had just won about $300 with just 1 spin and told Marlyne to go ahead and a spin on the next round. He figured they had 3 free spins in the bank, so why not just have some fun with them. Marlyne hit the spin button and the couple waited to see where the reels would end up. Unbelievably, the reels stopped on the ‘jackpot bonus’.

“Then, all of a sudden, the machine dies”, adds Marlyne, and Andy carries on with the story, mentioning that they we were accompanied by security guards," Andy says. "We didn't know what had happened!"

In all the confusion, they hadn’t noticed that a light had gone off on the machine, which tells casino staff exactly what is happening. Andy said that they were surrounding them downstairs. he also went on to say that the guy spit out his coffee when he found out that slot had won.

What’s really funny about this story is that Marlyne didn’t even realise exactly how much they had won. Looking that winning figure on the machine, Marlyne misread the number of zeros on the win, thinking they had just won $2,100. However, casino staff quickly explained to her that they had in fact just won the main bonus jackpot of $2.1 million.
After picking up their winning check from British Columbia Lottery Corporation’s (BCLC) head office, the lucky couple told reporters and staff that they were planning on doing a little road tripping. After purchasing an RV, the couple’s first stop would be a family reunion in Edmonton. Andy, a truck driver working between Langley and Prince George had been planning on retiring in 10 months, but could now afford to bring that date forward.

While this might be hard to believe, winning a huge sum of money like the Domoulin’s did, isn’t really all that difficult. It all boils down to how you go about it. While not everyone will be lucky enough to win $2.1 million off a $3 spin, playing the right jackpot slot can make all the difference.

Jackpot slots experts advise shopping around for the best jackpots before putting any of your own money into them. Not all jackpot slots are created equal, and some types may not give you the results that you might be after. 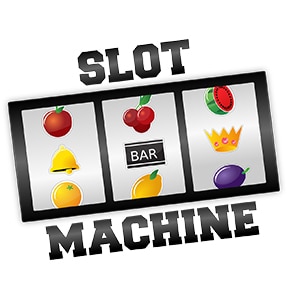 Knowing how each of these works and are structured will help you to determine what sort of win you’re likely to end up with. Standalone progressives typically produce the smallest jackpot payouts since these machines can only be played in one place, by one player at a time. Local network progressive jackpots on the other hand, link a number of machines together within the same casino. This gives you a much larger payout potential, since multiple players are all contributing to the same jackpot. Finally, wide area network progressives link the same type of progressive jackpot game over a number of different casinos, although these are more common with online casinos. These produce the biggest jackpot payout of all for obvious reasons.

If you happen to be residing in British Columbia, BCLC are happy to also let you know that you can play their Powerbucks progressive jackpot game, with a progressive jackpot prize of at least $1 million. This game works on the wide area network, linking bets across participating jurisdictions including New Brunswick, Manitoba, Nova Scotia, P.E.I and Quebec.