One of the gambling industry’s most recognisable regulators, the Malta Gaming Authority holds an important position in the landscape of gambling regulation. The MGA has now released its interim performance report for the first half of 2019, detailing its efforts in the prevention of criminal activity in the industry and the outcome of newly enforced regulations. 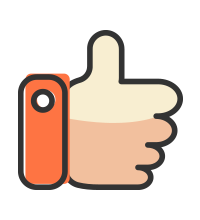 The popularity of gambling online means that international cooperation is key to reliable and consistent regulation. The MGA performance report shows that the regulator used a number of methods to inform its regulatory actions, ranging from in-depth compliance reviews and audits, investigations and a significant degree of knowledge-sharing with other authorities. In an industry as large and dispersed as online gambling, the MGA is using all the help it can get to make sure every operator plays by the rules.

The report in question covers the period between January and June of 2019 and during this time, the MGA entered into a number of partnerships designed to bolster its regulatory powers. Memoranda of understanding were signed with the Malta Police Force as well as the Swedish gambling authority, Spelinspektionen. Delegations from Ireland, Lagos and Ghana were hosted by the MGA and these helped to broaden the international dialogue surrounding the sharing of intelligence.

The Malta Gaming Authority received 23 international requests for cooperation in the six-month period and sent 33 of its own. These requests were related to a broad range of subjects, from unlicensed operators, criminal activity, sport integrity, and media reports, allowing the MGA to follow up on issues brought to their attention in a timely manner.

All the data that MGA gathered was put to good use and the regulator had a pretty busy first half of 2019. It cancelled no fewer than 7 online gambling licenses during this time period and another 11 licenses were suspended. Close to 500 criminal probity screens were carried out with both online and land-based operators being checked.

In the first six months of the year, 1,915 queries were resolved by the Player Support Unit. The Unit received 1,753 requests for assistance from players during the same period. The Authority’s Fit & Proper Committee, which decides whether individuals should be granted operating licenses based on financial and criminal background, met 19 times. It took a total of 107 decisions, which included conditional verdicts on 48 applications and the refusal of 13 others. 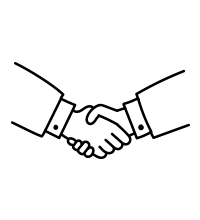 Positive report for the MGA

Chief Officer of Finance and Programme Management at the MGA, Peter Spiteri, said that the MGA was satisfied with its performance during the time period under review. The MGA is responsible for upholding the Gaming Act, the cornerstone legislation that regulates gambling and which saw an update as recently as 2018.

Spiteri said that despite the challenges faced by any institution concerned with regulating such a quickly moving industry as gambling, the MGA is committed to ensuring that all operators are compliant.

The gambling sector in Malta has seen steady growth over the past ten years, employing thousands within the sector locally. However, the outlook for the industry is on shaky ground. Multiple gaming companies in Malta have been forced to downsize and others have considered relocating as a result of tighter gambling regulations in many target markets and the possibility of complete EU tax harmonisation threatens to strip Malta of the incentives it can offer operators.

It’s also worth noting that the integrity of the MGA itself has come under scrutiny. In November 2019, the Times of Malta reported that the Authority had been operating without the oversight of an executive board since July of the same year, after the government had failed to renew its term.