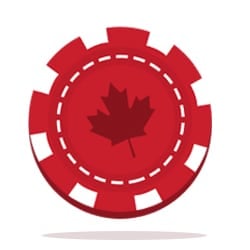 Over the past couple of years it has been shown that Canada stands to enjoy online casino and gambling activities on an unprecedented scale within their regional territories. Both HLT and the CGA (Canadian Gaming Association) cooperated in research that showed that the entirety of Canada’s online gambling activities have generated an approximate C$31 billion in gross revenue year on year, where C$14 billion of this was as a result of purchased services.

Regardless of the fact that state lotteries proves to be on the decline, one of the most notable territorial authorities, the Ontario Lottery & Gaming Authority was reported as netting a grand profit of C$2.49 billion. Overall the entire country of Canada has benefited from seeing the contracting within the industry of some 182,500 employees, along with the added statement that 2019 has seen C$16.1 billion in gambling related revenues.

While many online casinos provided for Canadian players draw their origins from Europe under the UKGC (UK Gambling Commission) and MGA (Malta Gaming Authority) licensing bodies, there are also a selection of casinos who have their roots squarely based in Canada, such as the acclaimed Stars Group and their world famous Poker Stars Poker brand. The Toronto born organisation is a prominent leader on the scene with a 43% share on the grand total of revenues generated from gambling in the entirety of Canada. With the Stars Groups being based in Ontario, alongside lotteries, land-based casinos and region specific online sports betting, it is clear to see where these huge streams of revenue are derived from.

Outside of Ontario, British Columbia and Québec are also regions that have fully taken gambling onboard, with Québec reporting a growth of 2% in casino gaming, which pales in comparison to Ontario, however these figures are trending towards a rising motion.

As Canada is naturally a vast country that is heavily based on provincial legislature, it was decided by the Canadian government back in the 1970s to allow each province make their own decisions when it came to gambling activities and legislation. Although, partly owing to the massive growth that is clearly shown from the studies conducted in Ontario, other provinces are beginning to see the appeal of allowing more liberal approaches towards the handling of online gambling. This is especially beholden to the fact that prohibition will simply lead towards higher crime rates, decline in taxable services and employment, as well as opening up a gateway for a black market that would only provide a greater burden to provinces taking a more opposing viewpoints against the ever growing demand for the acceptance of online casinos and gambling in general.

We also wrote another recent article that covered the increase in global revenue growth that the industry has been experiencing year-on-year. In said article we highlighted the fact that forecasts reported an estimated C$97.8 billion in gambling related revenues within the next 4 years. Reports also indicated the online gambling accounted for around half of the entire industry back in 2017, which also seems to be on the rise thanks to the affordability and availability that technological advancements has presented to both casinos and players alike. As there has been a vast increase in casino investments and gambling activity on mobile based devices, players are now able to play on the go and practically anywhere where internet access is available. In our article we suspected that mobile based gambling will quickly and vastly overshadow desktop and laptop based gambling over the coming years, as casinos and game developers are spending more time and resources on providing smooth running and practical user interfaces specifically for mobile devices, along with their own personal applications for further accessibility.

We all being said, Canada as a whole is showing a rising trend towards a more favourable attitude towards online gambling from both law-makers and the general public wishing to participate in this ascending entertainment pastime. Stay on top of the latest news and reviews for further updates, right here at CasinoTop