Maverick Gaming recently announced that they will be set on purchasing CC Gaming LLC, an operator of small local casinos in the Colorado area within the US. This deal includes gaming as well as non-gaming assets. The assets are said to include more than just one casino. It comes with a total of three casinos, as well as a gas station and convenience store thrown in for good measure.

All About Maverick Gaming’s Deal with CC Gaming LLC

Maverick Gaming, based in Nevada, is continuing its growth in the United States by purchasing CC Gaming LLC. As mentioned before, the deal includes the acquisition of three casinos. Two of these are situated in Central City, and are named Johnny Z’s Casino and Grand Z Casino Hotel, as well as the Z Casino in Black Hawk. This deal will also provide Maverick Gaming with access to 20 table games, 1,200 slot machine games and almost 120 hotel rooms.

As per normal, the deal will need approval from the relevant regulators before it can go through as official. This is exactly the position that Maverick Gaming now finds itself in. They are simply waiting for the go-ahead. The Colorado Limited Gaming Control Commission has to sign off on the deal before they can close the deal as planned.

The Many Benefits for Maverick Gaming

Eric Person, the majority shareholder in Maverick Gaming, believes that acquiring these casinos from CC Gaming will open up so many doors in the Colorado market, especially within Denver. Denver’s growing population and thriving economy, but lack of gaming distribution, makes this the perfect opportunity to take advantage of. 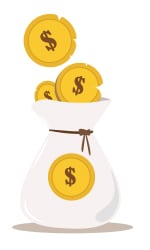 Maverick Gaming already owns a series of properties in its home state, which are five to be exact. There are two that are situated in West Wendover and three in Elko. Before announcing their intention to purchase CC Gaming, Maverick Gaming had its sights set on Washington. The company is now among the largest operators of small local casinos. Just recently, Maverick Gaming closed a deal purchasing five card rooms in Evergreen State: the Macau in Tukwila as well as the one situated in Lakewood, both the Caribbean Cardroom and Caribbean Casino in Kirkland and of course, the Caribbean Casino located in Yakima.

As it currently stands, Maverick Gaming controls 19 card rooms and almost 300 table games in Washington DC alone. The company is also pondering on more gaming projects in the Tri Cities area, as well as in SeaTac and Everett.

While not many specifics are revealed as yet, Maverick Gaming hopes to cover the deal with their own cash and some financial support from HG Vora Capital Management, the private investment firm that helped them expand in Washington.