Canada is back in the gambling scene with recent headlines honouring a very lucky lady hailing from Prince George, Canada, after a win that has garnered a collective gasp upon hearing how much the jackpot prize was.

An elderly couple who are happily married and even more so today, have hit the ultimate retirement package. It began as a love for slots gaming when Marlyne Dumoulin won the jackpot prize of $2.1 million! Marlyne and Andy hit it lucky in more ways than they could ever imagine. This win has been recorded as the largest win from a jackpot slots game in the history of Canadian gaming, another reason why the win has garnered international attention.

The place where the greatest Canadian win of all time paid out was at Canada’s Prince George’s Treasure Cove Casino, a very popular destination amongst residents and tourists. 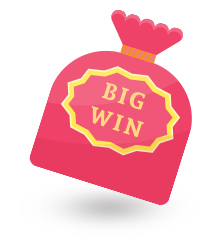 Picking Up the Payday

Marlyne Dumoulin went to fetch her cheque in the middle of the year just shortly after she hit the million-dollar payout. As per the B.C. Lottery Corporation regulations, all winners, especially those of large sums, are to report to the head office in Kamloops and Dumoulin wasted no time in making her way to the BCLC.

As fate would have it, or luck, depending on how you look at it, it only took Mrs. Dumoulin a minimal deposit of $3, 00 to hit it lucky and earn the whopping cashback reward of over $2 million! Both her and her husband, Andy Dumoulin, were expecting to hang around the casino far longer before claiming even the smallest of profits as they had hardly been there before the jackpot brought the attention of every casino goers onto the Dumoulin.

Marlyne Dumoulin told reporters that she had initially won $300 and that she was ecstatic about that small win from the get-go. It was her husband Andy Dumoulin who encouraged her to spin again as she hadn’t noticed she had 3 free spins. And there it happened, luck or fate, but the Dumoulin hit the elusive jackpot bonus and then things got interesting, to say the least!

According to the Dumoulin and the casino management, the slots game went dead, the machine seemed to have switched off and then the Dumoulin’s were greeted by security which had the elderly couple in a state of confusion. You see, the lucky couple hadn’t realized how lucky they had struck it but the casino staff knew exactly what was going on. Marlyne goes on to say that she had only seen one light goes off on the machine before it died and to think of such a huge payout, one would expect all the bells and whistles of even the smallest slots payout, but when this game paid out it almost seemed smaller than the $300 she had just previously won.

It was at this time that security came in to surround the couple, allowing the staff to explain just how much the lucky Canadian couple had won. Marylne’s initial thought was that she had just won a small, yet impressive sum of $2, 100, however upon further investigation a few minutes to allow the news to sink in, the couple soon came to the realization that they were no millionaires.

What the Future Holds

Needless to say, the future indeed appears to be a bright one for the retiring couple. In just a matter of minutes, the blessed husband and wife had their futures sorted and secured. Andy was planning on retiring in less than a year but still had to work hard for the next 10 months as he travelled long distance working as a truck driver. His route was between Langley and Prince George, one of the reasons the couple chose this particular casino. Now, Mr. Dumoulin can happily shave off those 10 remaining months and do the things he and his wife desire, one of their dreams being able to travel.

The couple’s desire to travel is proven by their recent purchase of a new motorhome and now, after winning the jackpot, they are able to fund one of their greatest dreams alive. Their first stop? Family of course! Andy and Marylne intend to spend some quality family time with their close relatives just as soon as they hit the road, with no car and no worry in the world. 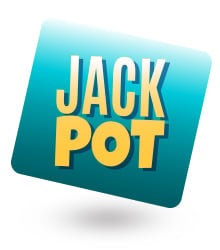 About the Winning Progressive

The machine responsible for the incredible million dollar payout is the popular progressive casino slots game, Powerbucks. The game has been declared as one of the highest paying progressives as it is designed to reset to a minimum of $1 million, progressing as players make deposits from around the world linked to the shared jackpot total.
Upon hearing of the couple’s good fortune, the BCLC made a popular congratulatory announcement to the couple that had no idea just how lucky they were going to be in July 2019.

Powerbucks is one of the most played progressives with a minimum deposit requirement of 0.50, making it an affordable yet highly rewarding video slots game. It is also not the first time the game has paid out so handsomely and can be guaranteed to pay out once again and maybe even in the near future.