In recent casino news, Western Canada has been turning heads, the limelight has been focused on Canada since Mkodo Limited signed with the western region of Canada. One of the most notoriously known British brands, Mkodo Limited, is known for their innovative approach to creating some of the best and most admired gaming, betting and lottery technologies so naturally, when recent news emerged of the brand linking up with Western Canada to deliver a more accessible approach to casino gaming, the casino industry was abuzz with speculation.

However, following the latest press release from Mkodo, it would appear the deal would benefit both Mkodo Limited and the Western Canada Lottery Corporation which is also referred to the WCLC. The creative plan is for Mkodo Limited to develop a user-friendly and accessible mobile application for the Western Canada Lottery Corporation. This has made for a promising future of WCLC as they will be more accessible and attract a new database of players.
The press release was published by renowned brand, European Gaming Media and Events which caused more of a flurry, proving the importance of the deal. The application has been rumored to be released in 2020 and will be fully accessible and functional on both Android and iOS devices which reaches the entire community of mobile users.

So what will the application do? What can users expect from this kind of development?

Although the application has yet to be placed into development, it is assumed that development will commence before the end of the year. With this in mind, WCLC’s lottery players and application users will be able to access their accounts, check their ticket status, view past and present results and even locate their nearest retailer. Additional functionality includes a feature that allows the user to stay up to date with current events and news on jackpot results and draws. The mobile application works as a desktop manager for those serious about fun and winning.

The user interface of the application is said to be compatible with new users as the app will guide players through a comprehensive user menu, offering a straightforward approach to playing the lottery.

The innovative brand has been fully licensed and is regulated by the United Kingdom’s Gambling Commission which established the quality and reputability of Mkodo. Upon making the announcement, Mkodo Limited also went as far as to say that the mobile application will be made accessible to all Western Canada Lottery Corporation markets. This gives provinces which include Manitoba, Saskatchewan, Alberta, Nunavut, Yukon and Northwest Territories access to the mobile application.

What’s more is the mobiles in-app functionality which allows the user to add in ‘digital’ lottery tickets into their shopping cart before signing out, giving complete and instant access to potential winning numbers.

A Breakthrough for Mkodo 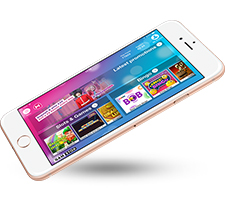 At the press conference, Mkodo made it clear that the London based firm is in close connection with a number of well-established gaming brands. Stuart Godfree who is the managing director of Mkodo used the press conference to highlight that his firm has now got ties to four of the most renowned provincial operators in Canada. This is deserving of a celebration as the deals look good for both Canada and Mkodo. The statement can be found all over international casino gaming news as Godfree went on to say that partnering with another Canadian lottery has been a great achievement for his firm. The Mkodo managing director also stated that his firm has proven to deliver quality applications for these Canadian lotteries and that customer expectations have been met in the past and bring in revenues for their signing partners within the lottery market.

As far as WCLC is concerned, according to Marketing Vice President Brad Wiebe, Mkodo is a solid and reliable brand with a sound reputation in the Canadian Market. Wiebe stated that he expected the mobile app release to be a big hit with their customers and that it should bring in a new audience of users.

Now all that remains to be seen is when this sensational mobile application will be available for users to download and for the users to experience a more convenient lottery experience.