We know that gambling and sports events go great together, so opening a sportsbook where the sports event takes place seems like the logical next step. This is just what William Hill and Monumental Sports and Entertainment plan on doing. Washington DC’s Capital One Arena, a professional sports facility owned by Monumental Sports and Entertainment, will be the first to host a William Hill sportsbook. This is one of two announcements by William Hill on the 3rd of October.

All About the Monumental and William Hill Partnership

William Hill, a sports betting company, reveals a partnership with Monumental Sports and Entertainment, where they will work on the first ever sportsbook that will operate out of a professional sports venue. The chosen sports venue is Capital One Arena, which is owned by Monumental Sports and Entertainment. Sportsbooks are facilities that take bets on sporting events, and let’s just say they aren’t normally this glamourous. Not only will you be able to wager on the sporting event, but if it happens to take place in Capital One Arena at the time you will also be able to watch it live.

The deal was announced on Thursday morning, followed by a news conference with Ted Leonsis (Chairman and Founder of Monumental Sports and Entertainment) and Joe Asher (the CEO of William Hill).

The said sportsbook is set to open as early as 2020. The sportsbook will be situated at the in the southeast corner of the sports arena. The betting facilities will be luxurious, with beverages and food on offer, and located on multiple floors all over the arena. The sportsbook will be open every day, regardless of any event taking place.Customers who prefer not to stand in a queue will have the option of coming to the arena and using their WH mobile app to wager.
Other plans for the sportsbook include a restaurant and bar spanning two floors, which will be accessible from both the inside of the arena as well as the street even when the games are not being played. However, construction will only start once the deal is approved. In addition to other regulatory approvals, the deal also has to be approved by the DC Lottery. 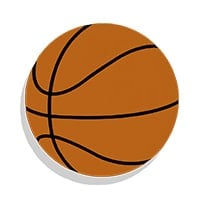 What Is To Come?