Although the Japanese love gambling, it is still not actually legal in Japan,in the sense we know it. There are no casinos to speak of, however, sports wagering such as soccer, horse racing, bicycle racing, powerboat racing and motorboat racing can all be legally wagered on. Instead of slot machines, you’ll find horseracing and pachinko machines everywhere!

In case you were wondering, pachinko machines are an insanely popular pinball-style machine. The Japanese spend about 200 billion annually playing on these upright arcade games, which amounts to about double the value of the entire Japanese car export industry! There are more than 10,000 pachinko parlours around the country, with a dazzling array of flashing machines. The goal of the game is to dunk as many of the silver balls into the hole in the centre of the machine and then go on to bounce along the pins. A veritable variation of the classic pinball machine.

The iconic Japanese game manufacturer, Nintendo has collaborated on many Pachinko games as well as playing a huge role in the video entertainment industry at large. Some say there could be more to come, in the online gaming industry in the future. It’s fair to say that Nintendo have always been attracted by the gambling aspect of video games. The game Super Mario 64 which was remade for the launch of Nintendo DS was made up of many casino mini-games to gamble on. Among them were a Roulette game, Poker, and Slot machine. These games were duplicated a couple of years later with the launch of the New Super Mario Bros. These mini-games were a great success, as with all the games Nintendo produce.

It’s fair to say that the gaming industry has undergone many advancements in the last 20 - 30 years, with technology playing a bigger part in the landscape, particularly in online casinos. Crypto-currency has also entered the arena, thus allowing for gamblers from countries where gambling online is illegal or restricted, to be able to play without revealing any personal information and so they are almost impossible to trace. Since the appearance of bitcoin and other virtual currencies, online gambling in these outlawed countries has risen considerably, arguably for this reason.

Another recent advancement has been the phenomenal increase in the use of mobile devices for online gaming. The convenience and flexibility of being able to gamble from almost anywhere that has an internet connection on a device that can fit into the palm of your hand, is a pretty cool concept. Interestingly, playing online slot games for fun (or social gambling as it’s known) has also seen a big increase, with more and more people choosing to play these games from their mobile phones without wagering any money. There is obviously nowhere near as much money to be made from these kinds of players, except for the occasional small upgrade fees. It is clear however, that for many, the enjoyment of playing the games is taking priority over winning money. 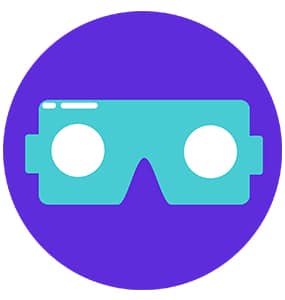 Virtual Reality (VR) is another aspect of the technological advancements made in the gaming world in recent years. VR Slots, Blackjack and Roulette are the most popular online casino games amongst VR players. The online casinos are getting closer all the time to delivering the ultimate live casino experience from the comfort of your home. The technology is cutting edge, with a totally immersive experience, dynamic graphics, incredible sound effects combined with your favourite games, is truly an out of this world experience.