October Missions With A C$15,000 Prize Pool At LeoVegas!

It’s October, leaves are changing colour, pumpkin spice flavour seems to take hold of every cafe in town, and online casinos seem to conjure up some neat Halloween promotions. But it is not Halloween just yet, and LeoVegas is very aware of this, instead, letting their Canadian players take part in an exclusive promotion!

You’ll want to keep your Wednesdays free to get the chance to sink your teeth into this magnificent prize pool. Every Wednesday between 17:00 - 23:00 EDT, you will find two missions to complete in selected Yggdrasil Gaming slot games. Complete the two missions in as few spins as possible to place high on the leaderboard for a cash prize.

Every Wednesday has it’s own prize pot of C$3,000 hidden away in different games and missions ready for you to complete, so make sure you are choosing the right game!

2nd October - “Embrace The Viking Within”

Hit the Free Spins round in Vikings go Wild and collect 50 Free Spin symbols in Vikings Go To Hell to complete these missions and place on the leaderboard.

9th October - “Play Alongside The Classics”

To place on the leaderboard during this week you need to collect 5 shards on Mr. Holmes & The Stolen Stones and land 3 winning combinations in a row in Beauty and the Beast in as few spins as possible.

If you are feeling up for some wild fun, hitting four wins in a row on Golden Fish Tank and changing realms 5 times in Jungle Books will let you in on the chance for a cash prize.

The last stretch before tucking away summer under the robes of Halloween awaits during week four of this promotion. Collect 6 Feature Caps on Spina Colada and collect 25 Sunny Wilds on Sunny Shores for the chance on the pot.

Since you might want to make sure that you are getting enough vitamins, triggering the hold-feature on Winterberries and rolling a spin with a 3x multiplier on Frutoids will have you covered for both antioxidants and your chance to win! 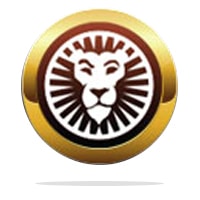 The promotion runs until the 30th of October 2019 and as mentioned earlier, you will have to play the selected game on a Wednesday to be able to qualify. Note that you can only qualify between 17:00 and 23:00 EDT on a Wednesday and both of the missions need to be completed before 23:00 EDT for you to have a chance of winning the prize of that week.

44 players each week will win a cash prize, with the level of winnings depending on their leaderboard position, and first prize each week is C$750. As always, the general terms and bonus terms of LeoVegas online casino apply, so make sure you are familiar with those before you start playing.