A Twitter user has raised the alarm over some truly shady behaviour by online casino affiliate sites, which specifically targets those players who want to get around a self-exclusion.

Self-exclusion is an important tool in the prevention and control of problem gambling and targeting self-excluded gamblers, who are, by definition, more vulnerable, is quite clearly unethical. 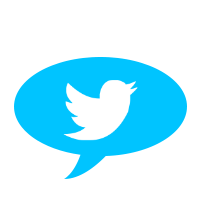 The issue came to light when a Twitter user reported, with screenshot evidence, what happened when they searched for GamStop UK. This is a free service available to UK players that allows them to exclude themselves from participating online casinos. There is a large and growing number of brands signed up to the program so players who self-exclude will be unable to access most reputable casinos in one simple step, in periods that range between 6 months and 5 years.

GamStop was initially proposed in 2017 but due to varying adoption by operators, it didn’t have quite the impact that was anticipated. It became a condition of UKGC licensing in 2019.

When the user performed a Google search using the term ‘gamstop uk’, a very different trio of search results topped the list. These paid ads linked directly to sites that boasted a collection of casinos that were not on Gamstop and pitched their content as a way to ‘have fun again’. The tone of these ads clearly indicates that they were aimed at players who have already self-excluded and were looking to gamble again i.e. the opposite of what a problem gambler should be doing.

The affiliate sites in question justified their approach by arguing that gamblers who had made ‘an impulsive decision’ to join GamStop might be having second thoughts. A rather flimsy reason by any account, made worse by the fact that the sites were promoting were not UKGC-licensed, which limits the number of protections open to UK players should they encounter issues down the line.

British newspaper the Independent later reported that the offending ads and the Adwords accounts they originated from had been suspended. However, when we ran a Google search with the same phrase - ‘gamstop uk’ - it didn’t take us long to spot similar organic results right on the first page. There is clearly more that can be done to keep these harmful sites from the reach of vulnerable players.

The Betting and Gaming Council or BGC, which represents the gambling industry in the UK, responded to the initial tweet with the following: 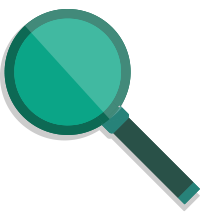 “UK licensed operators do not advertise using search terms linked to words seeking help. Any non-UK licensed or affiliate using terms such as GamStop, must be stopped. We will raise this with relevant bodies and push search firms to strengthen their key word prohibitions.”

GamStop also spoke up on the issue. CEO Fiona Palmer said that the organisation would be working with several search engines, including Google, to prevent similar incidents from arising in the future.

Clamping down on dodgy search results

This isn’t the first time that Google advertising has drawn the ire of UK authorities, with the most recent instance taking place in October 2019. At that time, the UK’s Advertising Standards Authority had forced the online casino Casumo to to remove paid ads that appeared when users Googled ways to unsubscribe from gambling. The ASA upheld the initial complaint, which was made in May of that year, and Casumo complied.

The UKGC has a lot to work on in 2020 as a new report also shed light on the role of VIP players in the gambling industry. More specifically, it revealed how dependent operators are on these players who, as high rollers, are usually more at risk of developing a problematic relationship with gambling.