Well, it’s that time of the year again. Halloween is fast approaching and to get you in the mood of the creepy, macabre and slightly disturbing atmosphere that comes along with the season, here’s a story that should help ease you into the spirit.

As with all good stories, let’s start at the beginning, which originates from the online casino GoldenPalace, which is available for players residing in Canada and have their own welcome offer exclusive to Canadian players. They are also currently advertising their special Halloween promotions on-site, but that’s not what we are here to talk about. These ‘marketing stunts’ some may say, go a little further than offering up some festive deposit bonuses. No, we are talking about GoldenPalace’s past exploits in acquiring certain celebrity souvenirs that may leave some feel a little uneasy, squeamish or possibly even in fits of laughter for the sheer audacity and absurdity for what we are about to get in to. Ready?

Most notable for being the original Captain Kirk on the classic 1960s Sci-Fi show Star Trek, as well as appearing in a couple of episodes of the Twilight Zone and even more contemporary films like Dodgeball, Shatner’s career has been fully cemented with his own star on Hollywood’s Walk of Fame.

A more infamous footnote in Shatner’s past came when, the TV and movie star decided to sell off his recently passed kidney stone back in 2006, which GoldenPalace was quick to snatch up. For those who don’t know; kidney stones are a fairly common condition that can arise from a whole host of causes and are composed of solidified minerals and salts that are formed in the kidneys and can progress down to the urinary tract becoming lodged, causing extreme pain and other problematic symptoms usually associated with passing urine. This generally requires a medical procedure or assistance for removal and one hopes that this would be the end of it. Shatner passed it on a step further though by selling it for a reported $25,367 (Approximately C$33,500). To his credit, the former Captain of The Starship Enterprise donated all proceeds to an undisclosed charity.

What can be said about Britney Spears that hasn’t already been said? She had a massive influence on those who were still teenagers in the nineties. Girls wanted to be her and guys wanted to be with her. With massive hit records, such as “Baby One More Time”, ‘Oops... I Did It Again’ and “Toxic”

But, then things started going South for the once Queen of Pop, she was widely reported for having a complete ‘meltdown’ with regards to erratic behaviour including shaving her head, being involved in a hit and run accident and ultimately losing custody of her children. It was later revealed by herself that this all come into being from a slippery slope into mental health issues after which she was admitted into rehab.

This was all back in 2007, but prior to this she was still at the top of her game and where a used piece of her chewing gum was reported as being sold on eBay for over $20,000 (Approximately C$26,000), GoldenPalace struck again by buying a positive pregnancy test that was alleged to have originated from Spears. That’s right, a used and positive pregnancy test purchased for thousands of US Dollars.. The casino paid out $7410 (Approximately C$10,000) for the test, however Spears herself never actually made any comment on whether it was the genuine article. One can only wonder in disbelief as to whether any ‘forensic’ confirmation and indeed if this goes a step too far, even in such an unbelievable story such as this. Once again, proceeds went to charity, which one figures slightly counters the unsavoury nature of the transaction in the first place. 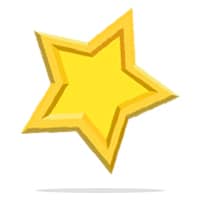 So, you think that’s it for GoldenPalace, right? Or more likely, you’re just wondering why they would even consider and go through with these creepy purchases in the first place? Well, let’s just say that GoldenPalace has some notoriety when it comes to the obscene and questionable marketing and public relations decisions they’ve made since their inception in 1997.

They say that “any publicity is good publicity” and GoldenPalace seems to have truly taken it to heart, considering the fact that one of their most scandalous marketing stunts was paying a mother from Utah $15,000 (Approximately C$20,000) to have “GoldenPalace.com” permanent tattoo branded on her forehead. The now literally branded Karolyne Smith accepted the bid in 2005, as a means to support paying for the education of her son, which seems truly admirable at first, but still leaves a creepy capitalist aura about it.

This whole ordeal came after a slightly more, but almost equally ridiculous purchase from GoldenPalace back in 2004, when they spent a reported $28,000 (Approximately C$37,000) for a ten year old grilled cheese sandwich, which was put up on eBay after having been claimed to be imprinted with the appearance of the Virgin Mary on it.
All of these purchases were made some time ago now and while certainly are the most notable, are not the only ones that GoldenPalace have picked up over the years. And these stunts certainly did catch the media’s attention, for better or for worse, GoldenPalace was put on the map as a result of these outrageous, eerie and slightly disturbing marketing ploys.