It’s been a busy year for the Swedish gambling regulator Spelinspektionen. Just a few months ago, the regulator announced new regulations to tighten the noose on money laundering in the industry. Alongside this set of rules, set to take effect in early 2020, the Spelinspektionen has also been cracking down on operators who do not abide by their licensing obligations.

This has given rise to an interesting pattern - operators are opting to appeal the regulator’s fines rather than pay them. Only one licensee has coughed up the cash this year with others pursuing appeals through court proceedings.

The only operator to pay their fine so far has been Paf. Based in the autonomous Swedish-speaking Åland Islands region of Finland, the operator was handed the smallest penalty to date. It was fined SEK100k (just short of CA$14,000) for allowed players who had self-excluded to play on its casino site.

The Swedish regulator’s new regulations have drawn criticism from the roughly 50 licensees challenging the penalties they received in court. Operators claim that the new regulations are confusingly vague, especially those related to marketing and advertising, leaving operators unaware that they had behaved unlawfully until they were pulled up by the regulator.

Operators have had mixed results as they appealed the regulator’s decisions in court. Spelinspektionen has been sanctioning operators by issuing operating licenses of reduced terms. Where a standard license would allow operations for five years, these reduced term licenses meant that operators would need to reapply for a license in as little as two years. 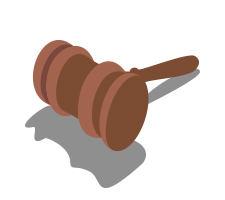 Cherry AB lost its appeal for a standard license in October but just a month later, LeoVegas faired better. The court decided that the Swedish regulator had no grounds to issue the shorter term license and LeoVegas has since been awarded the standard kind. VideoSlots, too, emerged triumphant from its court battle. The Swedish court ruled that a penalty issued by the UKGC was not enough grounds for the Swedish authority to penalise the operator. Word on the street is that Spelinspektionen will not be appealing this latest ruling.

No one was expecting the Swedish gambling regulator to come out and say that its rules weren’t up to scratch and indeed, the director general Camilla Rosenberg expressed the exact opposite sentiment. She said she was somewhat surprised that operators were finding it so difficult to understand the new rules, stating that the government and the regulator did not share that opinion on the gambling regulations.

Despite the drama unfolding in courtrooms across the country, Sweden’s gambling market remains very attractive to operators, who have not let the uncertainty put them off applying to receive Swedish licenses. At the beginning of December 2019, 94 operators held active licenses issued by Spelinspektionen and 67 of those are held by online-only gambling products.