Oregon became the 12th state in the United States to launch legal sportsbooks this past August. However, don’t take this the wrong way. Oregon is definitely no stranger to gambling. Social gambling is big in the state and sports betting dates back as far as 1931. Due to a decline in popularity throughout the years, their sports betting industry died a slow death, but now it is back with a bang. After the legalisation of sportsbooks in August this year, the Chinook Winds Casino jumped at this opportunity and became the first casino in the state to offer sports wagers. However, as can be expected, there will be some competition in the midst.

The Launch of Scoreboard

The Oregon Lottery has launched a mobile sportsbook called Scoreboard that came about in early October. This mobile sportsbook is expected to be more user-friendly and widely available.
Scoreboard is an app that allows players to wager on professional sports such as basketball, baseball, NASCAR, soccer and golf. The fact that the sportsbook takes the form of an app means that many people will opt to play from the comfort of their homes rather than physically travelling to a casino. The Chinook Winds Casino will thus have some stiff competition.

About the Launch Date

Tests have been run on the platform and so far, so good. According to a reporter from the Oregonian, the app was ready for launch by the 7th of October 2019. They are in the process of finalising payment options.
The plan was initially to launch the app before the NFL season started in September, but because of the Lottery’s lack of experience working with sports gambling, some issues rose up during the development of the app. These issues led to delays. While the app may be a month too late to cash in on all the NFL wagers, there are plenty more sport events to look forward to, e.g. the Super Bowl. 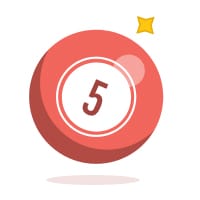 Scoreboard Is Not the First of Its Kind

Previously, the Lottery had a game called Sports Action that allowed parlay wagers on NFL games. Unfortunately that app was pulled in 2007 when the state’s sports wagering industry died.
Different states approach sports wagering differently, and Oregon decided to exclude college level sports. While many may not agree, Oregon feels that college sports is simply extracurricular activities and does not go well with gambling. This is a potential customer base that the Oregon Lottery will be missing out on.

Other forms of gambling in Oregon

As mentioned before, Oregon is definitely no stranger to gambling. Players can play at tribal casinos that are hoe to class 3 casino games. These include slots and a variety of table games. For live poker games the state offers three options: tribal casinos with card rooms, poker rooms, and poker home-games. Bingo games and Lottery draws are also allowed. And then of course there is sports betting.