Introduced in Canada, on June 22, 1982, the 6/49 Lotto was the first lottery game to allow the purchaser of the ticket to select their numbers. This game was one of three lotto games available in the Canadian state. Prior to this new way of doing things, the lottery tickets were purchased with pre-printed numbers on them.

This game has 3 draws per week, on a Tuesday, Thursday, and a Sunday. The 68-year-old grandfather who won $8.5,539,083.70, is an avid purchaser of lottery tickets and as was customary for him, the winning ticket was bought on one of his trips to the local gas station, while filling gas.

The winning ticket was bought by Joseph Anokye from Ottawa, who bought the ticket at the Canadian Tire gas station on Ogilvie Road in Ottawa. He still has no idea how he is going to spend his fortune but is keen to spend some of it on people he says he cares a lot about. As for the bulk of it, Anokye intends investing it and does not seem to be in any hurry, as he is still working every day as per usual.

In Canada, the process when someone wins is that you can collect your winnings up to $1000 at the OLG Prize Centre, but that is also only by appointment. In Anokye’s case, a picture is taken of the winner, with a huge cheque, to commemorate the day. In Canada, the store, where the ticket was purchased, normally also gets a small percentage of the winnings as a prize.

A Bit of History

The largest 6/49 lottery won thus far was on October 26, 2005. The winning ticket won a prize of a whopping $54.3 million, the ticket was purchased by 17 oil and gas workers from Camrose, Alberta. The lottery is played, by choosing 6 numbers from 1-49.

Alternatively, you can also play the “ Lucky Pick”, which means the system will pick six random numbers on your behalf. One ticket costs $3.75. The name of this lottery is derived from the fact that the game requires the player to choose 6 numbers up to number 49, hence, 6/49 lotto, there is also a bonus ball, but that one is not selected by the players. Like basically all games of chance, luck is always in the draw.

The Best Online Games for Canadians

4 Facts About the Canadian Gambling Industry

PlayTech in Partnership with RGC to Improve iGaming Industry 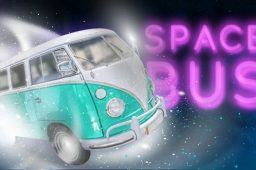 Earn at Ticket For the Space Bus at 4Stars Games