Not content to have recently released the video slots House of Doom (based on the Swedish doom metal act Candlemass) and Sabaton (themed around the Swedish power metal band of the same name), highly respected games provider Play’n Go has created another one along similar lines. This time it’s is based on an English heavy metal group formed in the late 70s called Demon. And for those too young to remember, they were a major part of the so-called new wave of British metal alongside the likes of Black Sabbath, Def Leppard and Motorhead.

The brand new video slot called, appropriately enough, Demon has been developed in a way similar to Play’n Go’s previous collaborations with Candlemass and Sabaton. That means the soundtrack for the game is jam packed with Demon’s multiple big hits over the years (they’re still active today, by the way). Plus, players can listen to an exclusive new track called Devil Rides Out. So, for fans of the band and of metal music in general, it is a dream come true.

Following on from the release of the new video slot, which can be played at hundreds of online casinos in Canada, the band has been inspired to write more music with the game in mind. So, as well as a plan to drop Devil Rides Out, the six piece band from Staffordshire in the West Midlands area of the UK will include the single on a new album. This new LP, which doesn’t have a release date at the time of writing, will include artwork and other visual media from the Play’n Go video slot. This, it has been claimed, is a world first for an online casino game.

Turning it all the way up to 11 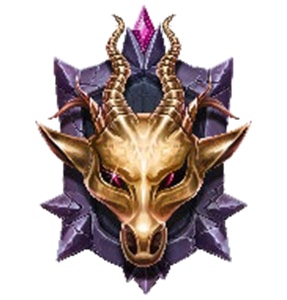 With so many innovative collaborations with Swedish metal acts under its belt, Play’n Go couldn’t resist creating another one based on a bonafide legend of the genre. It’s a strategy that we hope will bear more fruit in the future and seeing as rival games providers have had huge success with slots based on the likes of Motorhead, Guns N’ Roses and Jimi Hendrix we imagine Play’n Go already have plans to release more of them in the coming months and years.

The Chief Operating Officer (COO) of the company, Martin Zettergren, said “What sets our music slots including Demon apart from others is that the bands themselves are involved in the creativity”. He also added that “We are not only able to bring our own entertainment and innovative properties to each video slot, but the inherent spirit of the band itself is trapped, giving it that extra zing.” CasinoTop thinks this level of collaboration means everyone wins.

And it seems we were right to say we expect more in the future. Here it is from the horse’s mouth (Martin Zettergren again): “As we move into the latter end of the year, Demon has been yet another successful release for us, making sure we end the year on the same steady and solid note we displayed throughout 2019.” We’ll raise a devil’s horn to that – bring the noise!

The musical video slot Demon is out now. Check that your Canadian casino of choice has titles from Play’n Go and you can try it out today.