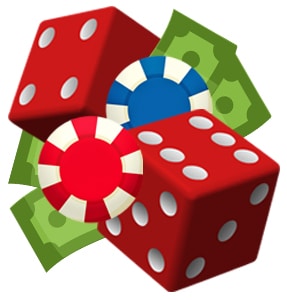 A former priest based in London has been handed a two year sentence in a minimum security prison after gambling away nearly CA$1 million that was meant for Iraqi and Syrian refugees going to Canada. Former Reverend Amer Saka plead guilty to the charge of defrauding the charity in an Ontario Court. Court Justice Allan Maclure agreed that Saka’s gambling addiction and PTSD had contributed to the crime. The Ontario Lottery and Gambling Corporation (OLGC) said the total amount that is estimated to have been stolen worked out to around CA$936,497.

In Saka’s defence, he said that his time spent in Iraq, where he lost both his mother and brother, as well as his period at the notorious Abu Ghraib prison, had led to him suffering from post traumatic stress disorder (PTSD). Coupled with this, Saka is said to have suffered from an addiction to gambling that saw him blow close to CA$1 Million at a casino in Point Edward. In total, some 33 families were defrauded by Saka, comprising 105 individuals. Saka has 15 years in which to pay back the families, otherwise he could face an additional five years in prison. The former priest has said he would like to pay back the money he stole within 10 years of his release from prison and ultimately rejoin the Catholic Church at some point in the future.

The problems that Saka was facing had begun a few years previously in 2013, with regular trips to the OLG Casino (now known as the Starlight Casino) in the Point Edward village in Ontario. Staff at the venue soon flagged his behaviour as suspicious due to large amounts of money he was bringing in cash. One later visit where Saka brought in more than CA$25,000 eventually set alarm bells ringing for the Federal Transactions Report Analysis Centre of Canada (FINTRAC).

Forgive Me Father For I Have Sinned 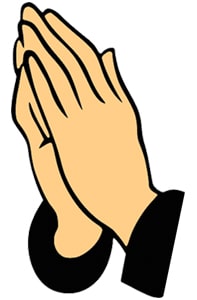 This isn’t the first time that a priest or member of a religious order has been caught defrauding people to fund their gambling habit. In 2018, a former priest based in Switzerland, Europe was sent to a rehabilitation program for defrauding 50 of his parishioners as part of the money that he lost. In total, the full amount added up to more than CA$1 million lost at the casino.

Also in 2018, Clergyman William Dombrow of Philadelphia stole more than CA$535,000 from an Archdiocese account. Back in 2014, a Canadian priest called Father Joseph LeClair owned up to the fact that he had stolen CA$130,000 from the church over the course of some five years. CA$16,000 of this, according to LeClair was taken directly from the collection plate at church.

There are numerous other instances of priests going rogue to fund a gambling habit. But that’s not to make light of the subject. Gambling addiction is a very serious matter and often requires treatment in order to combat it. If you or someone you know is suffering in silence or swimming in unmanageable debts, seek help immediately. There are many professional organisations with the training and expertise to help those in need, especially in helping those with a gambling problem. Most of all, we recommend that when the fun stops, you should do the same.