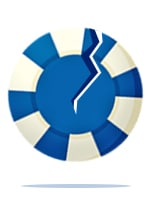 Well known and professional poker player and live streamer Mike Postle has come under serious heat as it was made public, from the 29th of September 2019, that a lawsuit against possible cheating during gameplay had occurred. Postle was a frequent player and streamer at Stones Gambling hall in Citrus Heights California, but is now under investigation, due to accusations of him cheating during gameplay, which may go as far back as July of 2018.

This has now become a major legal matter and has led Stones Gambling Hall to cease all live streaming operations, at least until a final settlement has been reached, but have stated hopes that this will only be a temporary matter. Michael Lipman, a former federal prosecutor is now at the head of an independent inquiry into the ongoing affairs.

Since the action took place, Stones announced via Twitter that: “We have been alarmed by allegations of unfair play occurring during the streamed broadcasts of our ‘Stones Live’ games, and have acted quickly to investigate.” As the claims and legal action have only just begun, it is up to anyone’s guess as to when this investigation will reach its final conclusion.

Having affected the gameplay and outcomes thereof other players engaged in the investigated Poker games, as well as the reputation of Stones, Postle and the Poker community altogether; this has given rise to a historic $10 million lawsuit (Approximately C$13 million), which is unprecedented within the sphere of broadcast Poker play. The total of 9 allegations read out as; fraud, constructive fraud, fraud and libel, negligent misrepresentation, negligence per se, unjust enrichment, negligence and racketeering.

It has been believed that Mike Postle achieved this using electronic devices and possible insider collaboration. This has been spearheaded by 25 plaintiffs, who have taken action on gameplay starting from the 1st of January 2019. Justin Kuraitis, Stones Tournament Director, is under charges of negligence and fraud; although not mentioned under the citation of racketeering, which appears to indicate that he has not directly involved in any cheating that may have occurred under his tenure.

The California Attorney General’s office was asked to comment on the matter, but were reported as stating: “To protect its integrity, we are unable to comment on, even to confirm or deny, a potential or ongoing investigation.” The integrity they are mentioning are that of Stones and Postle. Regardless, the matter is naturally now a widely public incident.

The entire Poker and gambling community as been ablaze with whether or not Postle was in fact cheating. Some accredited members of the community have however made comments on the unusual and sporadic win-rate of Postle.

Economics instructor at the University of Connecticut and former professional Poker player, Dominic Albino stated: “I spent three years playing poker professionally, online and live, and I certainly wouldn’t sit at the live stream table with Postle in the game,””

Another expert and cynic on the matter, Duncan Palamourdas, was reported as saying that Postle was: “being unusually distracted by his phone every time he was in a hand. Nobody knows what he was looking at, but given everything else, I understand why many view this as highly suspicious.”

For now remains speculation and no outright conclusion can be drawn on the eventual outcome or length of times the legal proceedings will take place. Nonetheless, this will be a news story that will be on to watch, as updates develop throughout the case. Again, we must state that Postle currently denies any and all of these allegations currently ongoing.