Red Tiger Gaming has already innovated in the jackpot area of online casino games, but now they’ve upped the ante to include another feature that will appeal to those dreaming of a big win. The recently launched hourly jackpots means that even more Canadian online casino players can walk away with a large sum of cash. What’s more, there has been more than €8 million (roughly C$12 million) handed out so far, so it’s definitely a system that pays out regularly.

Red Tiger Gaming saw a huge uptick in the amount of time spent on its games when they introduced the excellent Daily Drop system. One lucky winner through the Daily Drop network had wagered just £2 (just over C$3) on the Dragon’s Luck slot at Betsafe when they scooped a large return of £61,500 (more than C$100,000). And the wins will keep accumulating with the unveiling of daily jackpots, which will offer prizes stretching into four figures every single hour.

The best news is that Red Tiger Gaming have committed themselves to making the hourly jackpots available across the board. That’s right – every single slot that Red Tiger Gaming makes will include daily and hourly jackpots, including fan favourites such as Pirates’ Plenty Battle for Gold, Wild Elements, Phoenix Fire, Jackpot Quest, Lucky Halloween, Golden Leprechaun, Mystic Wheel, Reel King, Jack in a Pot, Vicky Ventura, Dragon’s Fire and Thor’s Lightning, to name but a few. These titles already have a wealth of innovative features and bonus rounds, so adding in the hourly jackpots system will only make them more popular.

Business Development Director at Red Tiger Gaming, Carl Ejlertsson, said that “Our jackpot network has been a hugely popular addition to our portfolio. Adding these jackpots give players yet another chance of winning big prizes on already popular games.” We couldn’t agree more.

Carl Ejlertsson went on to say that “The Daily Drop jackpot network has truly caught the imagination of the players and we’re absolutely delighted with its performance. The product is an exciting addition to our portfolio and we’re confident that it will keep growing.” 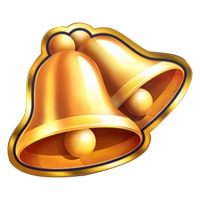 Red Tiger Gaming is expanding its selection of games on a monthly basis and we can’t see them slowing down any time soon. They are very much a company on the rise. So, next time you’re playing at an online casino in Canada, be sure to keep an eye out for the titles made by Red Tiger Gaming. They are going to be a roaring success with Canucks in our humble opinion.

Red Tiger Gaming has licences from the United Kingdom Gambling Commission (UKGC), Malta Gaming Authority (MGA), Gibraltar Gambling Commission (GGC), Alderney Gambling Control Commission (AGCC) and has its main headquarters set on the British owned Isle of Man. All this means that the company has a worldwide licence to release their games in Canada and they are backed up and recommended by the most reputable gaming authorities in the world.