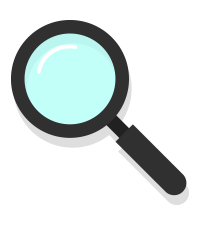 While the UK remains one of the most heavily regulated online casino markets in the world; their reliance on the industry came to light at the end of 2019, as it was revealed that the UK government’s gambling taxation is very much needed to fill their balance sheets. This all became public knowledge with the publication of the UK HM Revenue and Customs’ (HMRC) latest UK Betting and Gaming Statistics report.

This report showed that the UK took in £332.4 million (Approximately C$565 million) during the period of the 1st April of 2019 up until the 1st of September 2019 from online casinos, which represented a vast increase of the same period during 2018 that saw an intake of £263.9 (Approximately C$448 million)million, representing a year on year increase of 26%. Said intake was based on their Remote Gaming Duty (RGD), which is the UK’s taxation system for offshore online gambling companies participating in the UK market. This showcases a dramatic change in the proportion of which online casinos now contribute towards the reported £1.463 billion (Approximately C$2.49 billion) of tax that the UK gathered from the gambling industry as a whole, during the aforementioned period in 2019.

This figure of £1.463b only represents a markup of 0.5% from the previous year and therefore shows that while the overall taxed amount remains close to unchanged, the sectors paying towards the total amount have shifted in their share. While a respectively amount of this increase certainly has to do with the RGD, which was increased back on the 1st of April 2019 from 15% up to 21%, it also highlights the ever growing demand for online casinos, despite the heavy regulations and scrutiny under which online casinos must operate within the region. During the two periods of 2018 and 2019 the online casino sector now represents 22.7% of the total taxation acquisition on all gambling related activities in the UK. The biggest reduction in the taxation received from the entire gambling industry came from the Machine Gaming Duty (MGD), which is based on physical gambling machines, showing an overall decrease of just over 24% a taxed amount of £270.3 million (Approximately C$459 million) over the reported period of 2019.

All in all this clearly shows that more traditional forms of gambling are trending towards taking a back seat when it comes to the UK government’s dependance on taxing the industry to benefit the country as a whole. One could ascertain that this trend will become more apparent in other regions around the globe with pre-established regulated and taxed gambling legislations.

What Does This Mean For Canada?

Well for one, Canada remains a country divided when it comes to regulation of online casinos and therefore one need only look to the territories that already regulate online gambling to see how it could benefit those territories who still have the activity blacklisted. Both Ontario and Québec based operations saw huge increases in revenues last year, which contributed to an overall gross revenue of over C$31 billion. This yield however was based on employment and other economic factors and not just tax revenues. Ontario born company Stars Group, which is the parent for PokerStars amongst many other brands, was the biggest contributor towards this monumental amount of revenue and should be seen as a shining example of how online gambling companies can provide a massive impact on a government’s ability to procure additional tax revenues, given the right legislation.