Online gambling has been growing steadily as a form of entertainment for a while now but it seems that governments are constantly playing catch-up with the developments and innovations that power the industry.

Concerns about problem gambling, money laundering and fraud are relevant and well founded, however a reluctance to refine legislature beyond blanket bans means that countries could also miss out on the benefits of nuanced legal frameworks.

One such case is Germany. There, just like everywhere else, the appeal of online gambling is strong, particularly as the nation enjoys watching and participating in several kinds of sport, leading to a natural interest in sports betting. One research body is leading the charge on an overhaul of German law that could see changes in taxation measures and player protections benefitting both the state coffers and gamblers themselves. 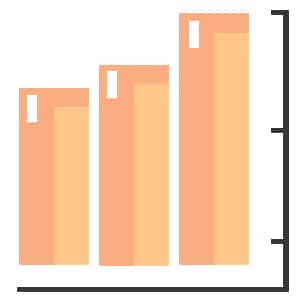 The Gambling Research Centre (or Forschungsstelle Glücksspiel, to use its official name) released a host of recommendations based on the results of a survey conducted earlier this year. In a nutshell, the Centre came to the conclusion that fixing the tax situation as it relates to online gambling is not only a fiscally smart move but also sits well with the public, the majority of which is in full support of changes to gambling laws.

The German criminal code does not have specific legislation for online gambling sites so as a result, they are not taxed. It does tax land-based casinos however and this is the comparison that the Research Centre aims to make.

The numbers are very convincing. In 2018, land-based casinos contributed €319 million in taxes to the German state, generating a gross revenue of €697 million. In contrast, online betting sites brought in over €1.5 billion in revenues. Had they been subject to the same tax laws are their bricks and mortar cousins, they would have poured €915 million into the taxman’s accounts.

Another crucial issue under discussion is legality. Should an illegal land-based casino be discovered, the operator would be prosecuted for what constitutes a criminal offence. Because online gambling isn’t covered in the criminal code, illegal betting sites are basically out of reach of the authorities. While online casino gambling is illegal, it is notoriously hard to regulate or restrict, so players are free to gamble wherever they please without fear of consequence.

The GRC has called for a number of changes as a result of its findings. First, it suggests that the legal system should recognise land-based and online casino outfits as equal, allowing them to be taxed in the same way and punished if they do not abide by the law.

The Centre also recommends the legalisation of online gambling. This would allow the state to keep a closer eye on this so far unregulated industry and oblige operators to meet certain standards of player protection such as implementing spending limits and allowing self-exclusion. Players would also have legal, safe gambling opportunities instead of having to use unreliable, potentially risky sites.

To oversee all of these new developments, the GRC recommended the foundation of a new regulatory body tasked specifically with keeping an eye on the sector as a whole as it adapts to the new rules. It is also firm on the point that any and all forms of gambling-related advertising should be completely prohibited from the beginning.

One thing that does not look like it’s about to change is the status of poker. While the GRC is advocating the legalisation of online gambling, it believes the ban on poker should remain in place, arguing that the game is particularly vulnerable to abuse and fraud.

The Gambling Research Centre has released its report and subsequent recommendations in time for German lawmakers to consider them and determine their course of action during a meeting scheduled next month. If its recommendations are accepted, the GRC might have just triggered a sea change in the legal status of online gambling in Germany that would benefit law-abiding operators and players alike.