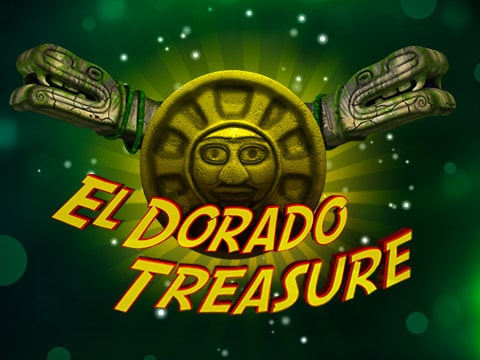 Aztec-themed slots are quite popular and Apollo Games has made sure that El Dorado Treasure is one that’s brought up when we discuss the best of the genre. This 5-reel slot has an abundance of features that make it easy for you to walk away with huge wins, such as the gamble feature and the wild stacked symbol.

Before you jump into the Aztec treasure hunt, you need to understand how the game works:

El Dorado Treasure Slot is an Aztec-themed game that uses a variety of elements from ancient culture. The stone reels occupy the entire screen which leaves no background. However, the animations that are used with each symbol is impressive, and there are quite a few symbols, from knives, suns, shields, birds, skulls, vases, statues, and card symbols.

There’s no background soundtrack, but there’s no need for one, as the symbols have eerie sounds when landing on them. The spinning of the reels also sounds as if they’re made of large and heavy boulders.

The stacked wild symbol that’s used in this game is some sort of green lizard figure and it fills entire reels at a time to ensure that you’re able to get as many wins as possible. There’s also a gamble feature that allows you to bet on whether you’ll choose a red or black card and if you choose the correct option, you’ll be given another chance to put it all on the line, and take half. However, if you choose incorrectly, you’ll lose everything.

The gamble feature has made plenty of appearances in other games that have been developed by Apollo Games.

El Dorado Treasure slot is a game that isn’t littered with complicated paylines or extravagant features. You’re provided with a stacked scatter symbol and a gamble feature, which gives it a no-nonsense feel. However, the theme, the sound design, and everything about this game are tied together very well and it will likely be enjoyed by a wide range of players, especially those that are new to playing slots.

Overall, El Dorado Treasure is a slot that can easily be understood, and the possibility of winning 16,000x your bet makes this one of the best high-stakes slots available. 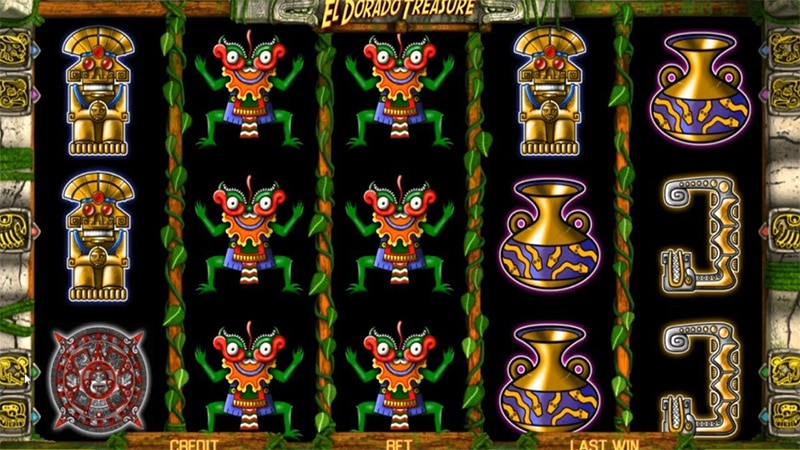