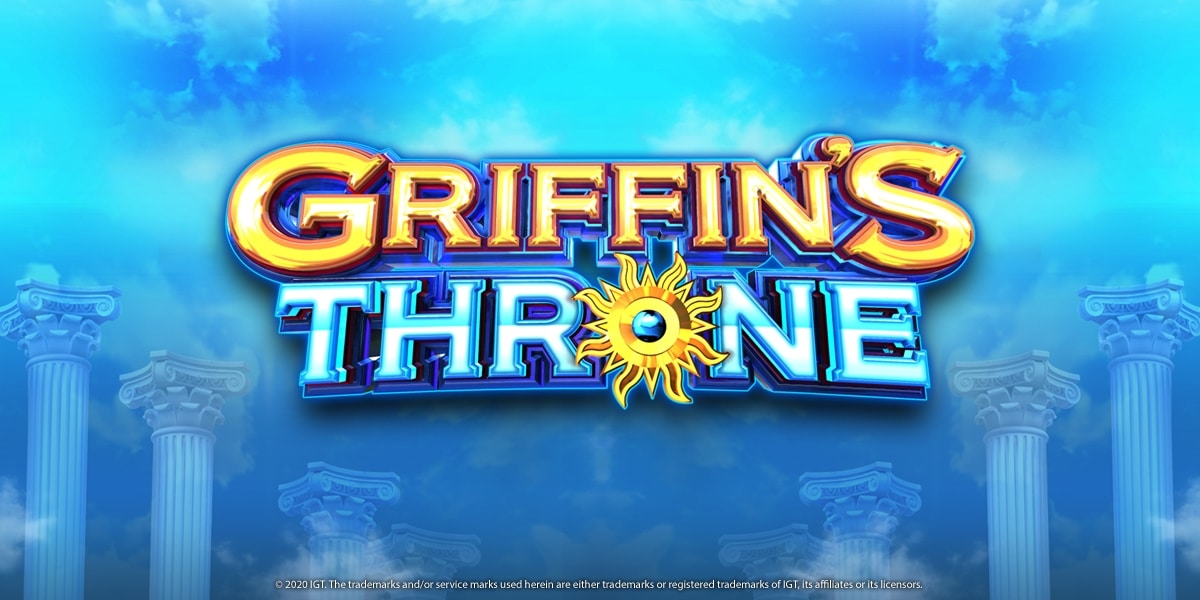 Griffin’s Throne slot is a new slot gaming title brought to you by IGT. The slot features 5 reels with 30 paylines and has a max RTP percentage of 96,05. The maximum payout you can receive is 1,500x your stake. Besides this, Griffin’s Throne has a lot going for it with a beautiful appearance and epic features.

How to Play Griffin’s Throne Slot

Before you can embark on your adventure with Griffin’s Throne, you’ll need to know how to place a bet:

In this game, the Griffin is the main symbol, with the game being built around it. There are also theme-appropriate Wild logos and Temple scatters that add to the intricate look of the game. Other symbols such as Soldier Helmets, Clay Items, Warrior Shields and Swords and the card suit Royals make an appearance on the reels. The audio that accompanies gameplay is quite intense and dramatic which fits well with the image of the Griffin.

The wild symbol might only appear on four of the reels but it can make or break your fortune in this game. Despite its serving the traditional function of a replacement symbol it can be useful if it appears on active lines and creates a combination with regular symbols. The scatter in this game is represented by the symbol of the sun. If you’re lucky enough for this icon to appear on the reels, it can unlock the entire reel, effectively providing you with 12 symbols. The sun scatter can appear in all reels so it’s quite possible to play on 5x12 reels. Once the reel gets unlocked by the scatter, it is occupied by wilds that are multipliers with a range of 1x to 10x your stake.

Griffin’s Throne is likely to be your new favourite slot if you have a keen interest in Mythology, beautiful graphics, and exciting gameplay. The features of this game enhance the experience while you enjoy the eye-catching blue, gold, and white theme. 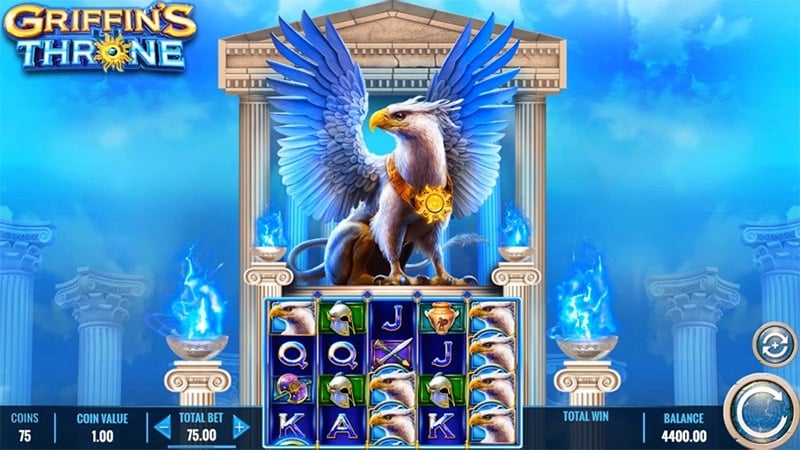