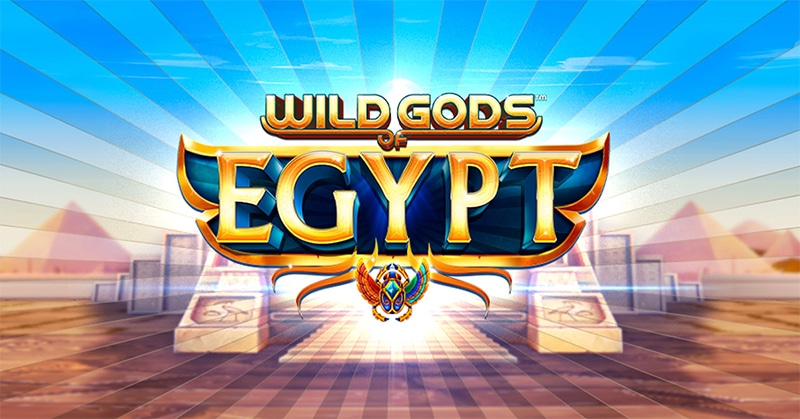 While there are likely hundreds of Egyptian-themed slots that are available online, the team at Live 5 Gaming has had the tough task of providing us with a game that stands out from the rest. Wild Gods of Egypt has a 5x3 grid and features 10 paylines and a variety of bonus features to help you along your way.

How to Play Wild Gods of Egypt Slot

To get started on your journey through Ancient Egypt, you’ll need to have an understanding of how to play:

As previously stated, Wild Gods of Egypt is an Ancient Egyptian-themed slot that’s set in the region. The reels are surrounded by a stone monument of some kind that features hieroglyphics and animated flames on either side of the grid. The symbols that are used consist of various things taken from the culture such as an Eye of Horus, Zig-Zag, Palm, Ankh, Ra, Bastet, Horus, Sobet, Queen, and Pharaoh.

The soundtrack is a standard Egyptian theme and there are a variety of additional sounds such as light thuds, magical notes, and the sound of coins falling. 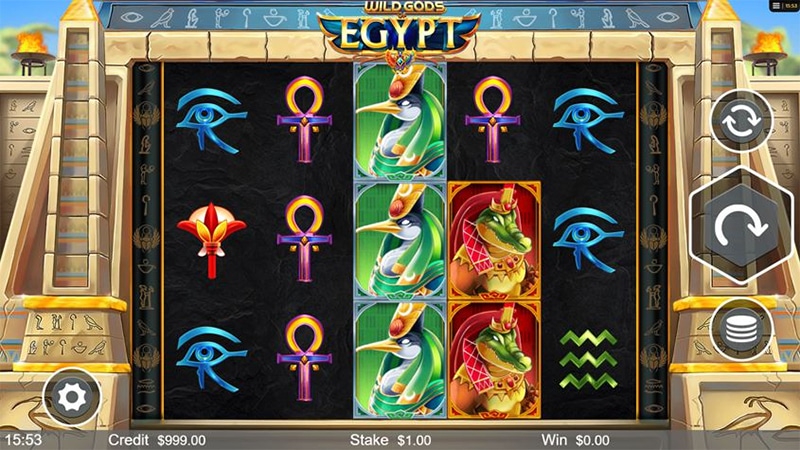 The most prominent features that are found in Wild Gods of Egypt are the wild symbols. There are Flaming Wild Free Spins that will award you with respins as more wild symbols land. Multiplayer Wilds will award you with a random multiplier of either 2x or 3x. Both Flaming and Multiplayer Wilds stem from the Transforming Wilds symbol, so essentially there’s no telling what you’re going to get.

Free spins are also part of the arsenal of features and you can be awarded up to 15 of them when landing on either Sticky Multiplayer Wilds or Flaming Wild Free spins.

With an RTP % of 95.41% and a high variance, you can expect to score some massive wins over a short period with Wild Gods of Egypt. This slot features a pleasant design and a set of easily identifiable symbols, and despite it having only 10 paylines, you’ll be pleasantly surprised to see how easy it is to rack up large wins.

The abundance of different wild symbols makes Wild Gods of Egypt an attractive slot that can easily be enjoyed by players with different playing styles. Overall, we’d recommend that you give this game a try.