Originally established in Buenos Aires, Argentina back in 2008, Leander Games has made a strong name for itself in the past decade by working closely with other software providers. Apart from making their own original games, Leander Games has also set their sites on building up their own LeGa platform, which is a software solution that allows for easy integration with other providers. Leander Games can attribute their success to their in-house development team of approximately 50 experienced employees, who have worked diligently on building a robust and easy to use platform. 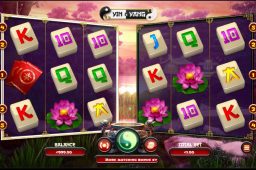 Leander Games’s complete library consists of over 220 games, however approximately 50 of those are in-house developed. The rest being commissioned by Leander Games to be developed on their LeGa platform. The primary focus of development has been on classic casino games, with the likes of slots, BlackJack, Roulette, Poker, Bingo and even scratch card games. For music fans, you’ll probably be able to spot some familiar licensed slots, such as Megadeth, Dolly Parton and Spandau Ballet, although what really sets their games apart is some very unique features built with a lot of care and thought. One interesting game for sure is Reely Roulette, which combines a traditional video slot game with the added integration of Roulette mechanics offering up side bets to players. The player favourites though appear to be Big Bad Wolf and Supernova, both offering exciting bonus rounds.
On top of their own in-house developments of games and the LeGa platform, Leander Games has also designed and maintained their own Remote Gaming Server (RGS), which has enabled them to combine forces with approximately 40 other providers and 8 game partners. The RGS allows operators to showcase a gaming library full of innovative and diverse offerings, which has earned Leander Games an award for “Social Gaming Supplier of the Year” at the 2013 eGR B2B awards.

Leander Games has built up a strong working relationship with many top level providers, such as Quickspin, Isoftbet, Playson and many more. A relatively small scale developer that manages to juggle game, platform and integration developments successfully really is one to be admired. Leander Games also is supported in 26 languages and currencies, without suffering drawbacks in aspects such as graphics and sounds, which really goes to show their dedication to both accessibility and quality. Both Unibet and Betfair are two examples of big brand casinos that have included Leander Games’ portfolio into their gaming libraries. When you look at organisations collaborating with Leander Games, you really get a sense of their skills and ambitions. They are definitely doing something right in being able to garner the types of big-name partnerships that they have achieved.

All of this makes Leander Games a truly innovative and ever evolving operator that has achieved success in multiple fields of development. It would be well worth to check out some of their games yourself, which can also be enjoyed in Free Mode, meaning you can test-drive their slots without spending any real cash.