Yggdrasil, the name given to The World Tree of Norse mythology, has taken a new form in recent times. Yggdrasil Gaming got its start in 2013 and has shot to the top, providing high quality casino gaming worldwide. Yggdrasil Gaming can now consider industry titans such as NetEnt and Microgaming amongst its peers. 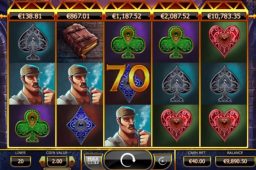 Holmes and the Stolen Stones Slot 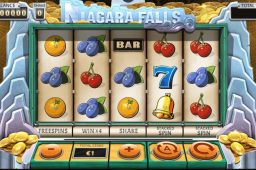 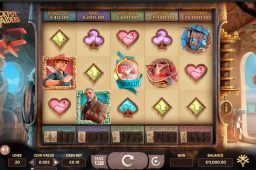 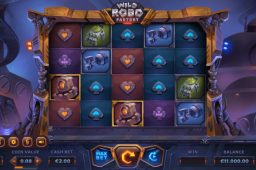 While only a relatively new developer, one might say that Yggdrasil Gaming’s library isn’t quite so expansive as other providers. This is however more than made up for in the quality of their releases. Quality over quantity comes to mind with this provider. This has proven immensely popular with online casinos, as Yggdrasil Gaming has now become a widely available provider on big name casino brands. Yggdrasil Gaming have also built up their own platform that integrates nicely into the casino’s respective platform.

Some of their most popular slots include; Vikings Go Berzerk, Chibeasties, Winterberries and Joker Millions. All of which feature excellent 3D graphics, satisfying sound effects and interesting mechanics. Vikings Go Berzerk, for example, has four different viking symbols that all have a respective charge meter that allows for bigger wins while charging and then offers free spins when filled.

Yggdrasil Gaming have also ventured into the realms of Lotteries, Keno and scratch games, in order to diversify their portfolio. This was done via their NUMB3R games collection The above mentioned Joker Millions was also their first foray into providing players with a progressive jackpot. Empire Fortune is another such progressive jackpot and 2 lucky players managed to get a staggering €2.2 million(C$3.2 million) and €7.8 million(C$11.5 milion) respectively, in just 2 weeks.

In more recent news. Yggdrasil Gaming was declared RNG casino supplier of the year at the EGR B2B awards of 2019. This now sits amongst other prestigious awards they have attained, such as Slot Provider of the Year for both 2016 and 2017 respectively.

Yggdrasil Gaming is continuously releasing information about new casino partnerships, game releases, as well as software and platform updates. They are also ahead of the industry curb, as their games are being developed on the mobile friendly HTML5 format, which other providers are only just now switching over to from the industry standard Adobe Flash. This really shows that things are in full swing at this fresh faced development studio.

Yggdrasil Gaming is one to watch out for, so keep yourself up to date right here!