Steven Sarmiento from New York won his first major title at the World Series of Poker Coconut Creek Main Event. What seemed like a slow start for this player later turned into a heated and action-packed game. At the start of the final day of the main event, there was no indication that Sarmiento would be crowned the winner. Nick Yunis was the overnight chip leader and Sarmiento placed sixth out of eleven, right in the middle. But in the end, after calling some bluffs he walked away smiling.

The World Series of Poker

The WORLD Series of Poker consists of a series of tournaments that are hosted in Las Vegas on an annual basis since the year 2004. It is the place where every professional poker player wants to be as there are big cash prizes up for grabs. This year’s series runs until the 18th of May 2020. There are a variety of venues, from Oklahoma to Harrah’s New Orleans. There are even online circuits.

All About Sarmiento’s Winnings 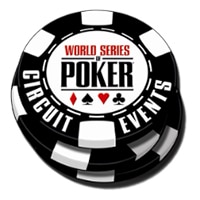 On the final day of the Main Event Sarmiento was by no means at the top of the pile. He was sixth of the eleven players remaining, which puts him right in the middle. Initially, Sarmiento took it easy, but after two double ups (one through Matthew Yorra and one through Nick Yunis), a full house and calling a few bluffs by Nick Yunis (the overnight chip leader) he was the leader on the chip board. A position he would hold for the rest of the tournament.
During the final table Sarmiento was on a roll. While he was still in the chip lead, Nick Yunis was back with a vengeance. However, he was no match for Sarmiento’s trip nines. Sarmiento also dominated Russel Sullivan’s all-in ace-queen with his ace-king. Even with double the chips of his runner up Neal Corcoran, the kill was anything but quick. Corcoran fought and lead for a short while, however Sarmiento’s ace-eight trumped Corcoran’s ten-eight of diamonds. Corcoran did not go home empty handed. He took second place and $116.291.
The other 7 positions were as follows: Russel Sullivan took third place with $86,060, Nick Yunis was fourth with $64,423, Dominique Mosley took fifth place with $48,789, Matthew Yorra filled the sixth position and walked away with $37,386, Bradley Mercer came in seventh with $28,990, Daniel Couzens was eight with $22,752, and finally in ninth place was Thomas Macey with $18,075.